2023: Buhari govt reacts as Atiku vows to reopen all borders if elected as President 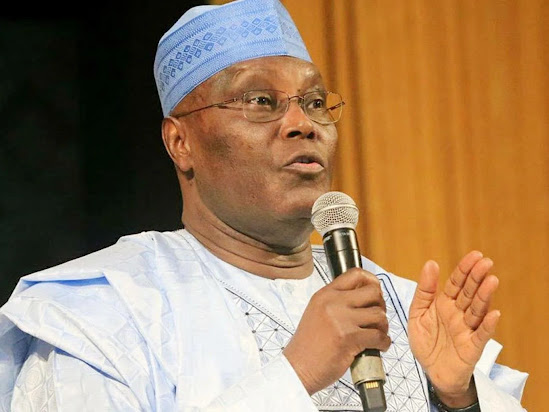 The Federal Government has slammed former Vice President Atiku Abubakar for saying he would reopen all Nigerian borders if elected as President of Nigeria in 2023.

Atiku had, during his campaign stop in Katsina on Tuesday, said that he would reopen all borders if elected President.

But during the 15th edition of the ‘PMB Administration Scorecard Series (2015-2023)’ on Thursday, the Minister of Information and Culture, Lai Mohammed, said the former Vice President had informed Nigerians that he would reverse all the efforts made by Buhari to achieve self-sufficiency in the production of many staples, especially rice.

According to Mohammed, by that statement, Atiku has informed the country’s millions of rice farmers that they will soon lose their jobs when imported rice floods the country.

He also said that Atiku has just informed Nigerians Atiku told hundreds of “Nigerians working in the various rice mills that have sprung up under this Administration that their jobs are over.”

He also said that Atiku would be shutting down most, “if not all, of our new fertilizer blending companies, with thousands of jobs going down the drain. And by his declaration, the former Vice President has told Nigerians that he will worsen security in the country by allowing arms and ammunition to flow unhindered into the country.

“Atiku Abubakar has simply announced that he intends to return Nigeria to the number one importer of Thai rice in 2023!

“Out of desperation, he is ready to worsen the security situation in Nigeria by throwing open all the borders and allowing a massive inflow of small arms and light weapons into the country,” he said.