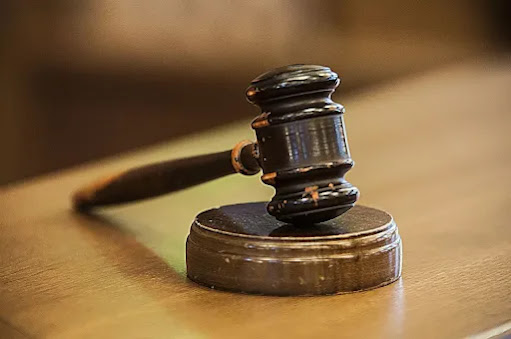 The Federal High Court sitting in Abakaliki, capital of Ebonyi State, on Friday, validated all the primary election of the Peoples Democratic Party, PDP, conducted on 28th and 29th of May, 2022.

Recall that a similar Federal High Court sitting in Abuja had a few days ago voided the same primary election of the party.

But, Justice Fatun Riman of the Federal High Court sitting in Abakaliki, on Friday validated the same PDP primary election of 28th and 29th May, 2022 wherein a great number of candidates including Anyichuks emerged winners.

Riman ruled that the PDP primary election conducted on that 28th and 29th still subsists and remains valid.

The counsel to PDP, Barr. Mudi Erenede, who spoke to newsmen in Abakaliki, said: “We have been inundated with the publications in social media, which Tochukwu Okorie, the chairman of PDP filed. He got a judgement in Abuja, that nullified the primaries of PDP. We are yet to see that judgement because he did not make Anyichuks, who is the governorship candidate of PDP a party to that suit.

“He also did not make Silas Onu, whom he was disputing his position as chairman of the party then. So, they just filed a suit against PDP and INEC, the national adviser to PDP was never aware of those suits, until this news started breaking on social media.

“You know when you engage in illegality, sometimes you undo yourself without knowing. We discovered that the same Tochukwu Okorie aided by the same lawyer filed the same suit they are celebrating with the same issue in Abuja but the Chief Judge of the Federal High Court, transferred the case back to Abakaliki Federal High Court.

“The court in a judgement that was just delivered, held that Tochukwu Okorie is in abuse of the judicial processes. For him to be filing the same suit, in several divisions over one dispute, which is what we call in law, a forum shopping.

“Tochukwu Okorie is involved in forum shopping and we referred the court to suit no. FHC/ABJ/CS/871/2022, also filed by Tochukwu Okorie and Obinna Ogba in Abuja and was transferred here.

“The practice they have been engaging in is to file cases in other divisions where they can get cheap judgement. The essence of this judgement, is that the claims filed by Tochukwu Okorie which is for the court to set aside the primaries of 28th and 29th, to set aside the congresses of PDP, have been dismissed by this court today.

In a swift reaction, the PDP state Chairman, Tochukwu Okorie said he had intention to withdraw the same suit before it was dismissed today.

He stated that the judgement delivered today by Justice Fatun Riman has nothing to do with the earlier judgement that was delivered in Abuja by Justice Binta Nyako.