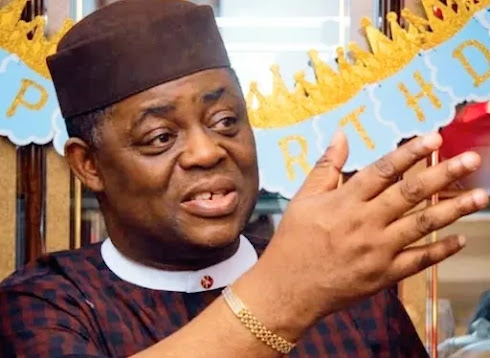 Fani-Kayode vowed to respond to the verbal slur directed at Tinubu by Obi and Atiku’s followers “fire-for-fire,” stressing that he would no longer keep his peace.

He lamented that one of Obi’s spokespersons described Tinubu as “Nebuchadnezzar,” “a monkey,” and “satan.

Fani-Kayode also berated Atiku’s spokesperson for their verbal slur against the APC flagbearer.

In a Face­book post, Fani-Kayode wrote: “With disgust and consternation, I watched one of the leaders of Peter Obi’s PCC in­sulting and attempting to mimic Asiwaju’s speech on Channels TV the other day and suggesting that he had mental health chal­lenges.

“Like Obi’s men, the PDP, their spokesmen, and their lead­ers are also guilty of this attempt to slur and say some of the most outrageous things about our can­didate and his health on National Television as well.

“Up till now, I have been quite gentle and I have kept the peace by refraining from targeting the respective opposition candidates on national television but let me serve them notice that it is my intention to respond to them fire for fire from today onwards.”