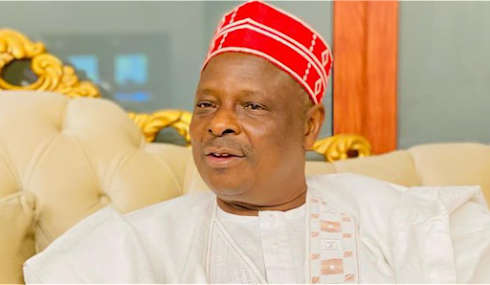 The presidential standard-bearer of the New Nigeria Peoples Party (NNPP), Rabiu Kwankwaso, has described All Progressives Congress, APC, and Peoples Democratic Party, PDP, as dead political parties who have nothing good to offer the country anymore.

Kwankwaso made the disclosure during his visit to Ado-Ekiti, as part of his campaign tour in the Southwest part of the country, to canvass for votes ahead of the February 2023 general polls.

Speaking at the Palace of the Ewi of Ado-Ekiti, Oba Rufus Adeyemo Adejugbe, he berated both parties over what he termed bad leadership, economic problem, adding that the two major political parties have failed the nation.

The former Governor of Kano State recounted achievements his administration garnered when he was the Governor, saying such would make life more abundant for every Nigerian citizens if elected come 2023.

“APC and PDP are dead, they are finished, and it is our party that will win the next year Presidential Election by God’s grace, we are on ground in the North, we will win the polls.

“Why I’m different from all Presidential Candidates, is that I go round the country on roads, not only the state capital, not only the local government areas, this made me had first hand information on the way and manner our people live.

“The NNPP is based on the talakawa (masses), voters and good people of this country who believe in us. Nigerians know the APC and the PDP very well and they’ve failed. The two political parties themselves know that they’ve failed. The only chance they have is to buy votes.

“If the Election take place today, NNPP has a brighter chance, no Political party can defeat NNPP, the PDP has been wounded in the Southeast by the emergence of some Political parties, of course in the North, we have caged PDP, even in the South South they are no longer popular because of the Presidential primary contest, and the APC has failed the citizens, no right thinking Nigerian will want the status quo to remain, meaning this terrible situation to continue.

“I’m part of the formation of the PDP in 1999, so also the APC, Unfortunately the two Political parties drew Nigeria back to square one, or even worst in performance, this is why we formed the NNPP as a credible alternative to the two Political parties, we want new Nigeria. So, I’m so happy we have this party NNPP, and also happy that all Nigerians especially those earning their living, especially the masses, women and young men are trooping into the NNPP.”

He also noted that the dilapidated road network in Ekiti State and other states has affected security economy and education of the country hence, his decision to contest again in order to make the country better.

“The road from here, Ado-Ekiti, Osogbo to Abeokuta and from here to Akure is in deplorable condition, it’s the same story, it’s the same story about us, the roads are reflection of what is happening in other sectors of transportation, like railways, waterways even in the aviation industry, and put them together they are also a reflection of what is happening in this country, in terms of economy, in terms of insecurity, in terms of education and so on, and all these put together, are the reasons while I decided to contest again to right the wrong.” He said