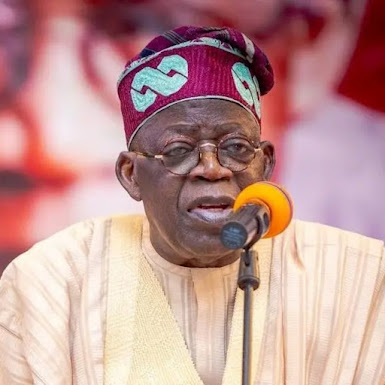 Bola Ahmed Tinubu, the presidential candidate of the All Progressives Congress, APC, has said that he was trained by a market woman to become an accountant.

The former Lagos State helmsman said this in a tweet on Tuesday night.

He said apart from being friends with Professors, Senior lawyers and bankers, he is also friends with bus drivers and market women.

“You know that it was a Market Woman who trained me to become an Accountant…”, he tweeted.

Earlier in the day, Tinubu had taunted his fellow presidential candidates, saying he does not wrestle with pigs.

Tinubu, at a town hall meeting in Calabar, the Cross River State capital, said Atiku Abubakar of the Peoples Democratic Party (PDP), Peter Obi of the Labour Party (LP) and others do not have the kind of experience he possesses to rule the nation.

According to him, other presidential candidates have resorted to insults and abuses to detract him, divert his attention and wrestle with him.