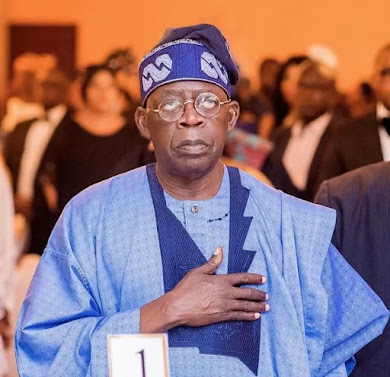 Local Government Coordinators for the Contact and Mobilization Committee under the Tinubu/Shetimma Presidential campaign council in the sixteen council areas of Ekiti State have been inaugurated.

Nine sub-committees were also inaugurated to serve under the main committee.

Performing the inauguration at the meeting in Ado-Ekiti, the Chairman of the Committee, Mr. Bamidele Faparusi said their core mandate was to embark on grassroot mobilization for Asiwaju Bola Tinubu.

Mr. Faparusi urged them to live up to expectation, by reaching out to people in various localities to vote massively for the APC Presidential candidate in the 2023 election.

He pointed out that the appointed Coordinators and Heads of the Sub-committees were grassroot politicians and people of impeccable character who could achieve the objectives of the campaign organization.

Mr. Faparusi who is a former Commissioner in Ekiti State called on Residents of the state to vote for Asiwaju Bola Tinubu and all candidates of the party in the forthcoming elections.

Some APC leaders who spoke at the meeting including Asiwaju Wole Adewumi enjoined the appointed local government Coordinators and Subcommittees to always welcome ideas and suggestions from other members.

Also, Dr. Mojisola Yahaya-Kolade called on the Coordinators and Sub-committee members to see their appointment as a call to serve.

Responding on behalf of those appointed, Mr Oluwole Ariyo promised to serve diligently in mobilising support for the victory of Asiwaju Bola Tinubu.

The meeting of the Contact and Mobilization Committee of Tinubu/Shettima Presidential Campaign Council was attended by APC leaders from different Council areas in the state.