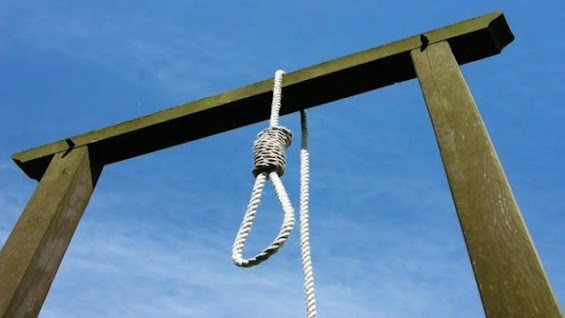 A 29-year-old man, Sagiru Abdullahi was on Thursday sentenced to death by hanging by a Kano State High Court for stabbing his 55-year-old stepmother, Zainab Dan’Azumi to death.

The man was found guilty of one-count of culpable homicide and was sentenced to death by hanging.

Justice Aisha Mahmoud, who presided over the case, held that the prosecution proved its case beyond reasonable doubt and sentenced the convict to death by hanging.

Mr Tijjani Ibrahim, the prosecution counsel, had earlier told the court that in June 2014, at Kurmawa Quarters, Kano, Abdullahi committed the offence.

According to him, the death of the 55-year-old stepmother, Zainab Dan’Azumi, followed several machete cuts dealt on her head by the convict.

He explained, “The victim was rushed to the Murtala Muhammad Specialist Hospital, Kano, where she was confirmed dead by a doctor.”