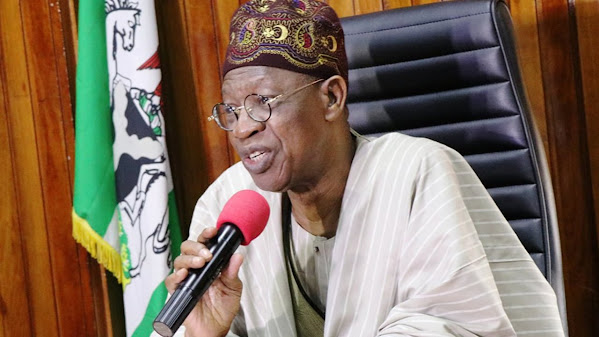 The Federal Government says the Reuter’s report that the Nigerian military ran a secret mass abortion programme in the war against Boko Haram is fake news, disinformation and a ploy to demoralise and distract the fighting forces.

The Minister of Information and Culture, Alhaji Lai Mohammed, stated the government’s position on Monday in Abuja at the 10th edition of the (PMB) Administration Scorecard Series (2015-2023).

He said the news agency made the grave allegation without a scintilla of evidence, citing only anonymous sources and the reported review of phantom ‘documents’.

“The agency claimed that its investigation was based on interviews with 33 women and girls.

“How do they use interviews with 33 women and girls to arrive at the bogus claim of 10,000 abortions?

“And in a further indication that the figure of abortions quoted was arbitrary or possibly conjured, the agency first put the figure at 12,000 before settling for 10,000,” he said.

Mohammed reiterated the federal government’s position that there was no ‘secret, systematic and illegal abortion programme’ being run by the military in the Northeast or anywhere across the country.

He also queried the basis for the so-called investigation at a time the military had been recording successes in decimating the terrorists and rescuing abducted persons.