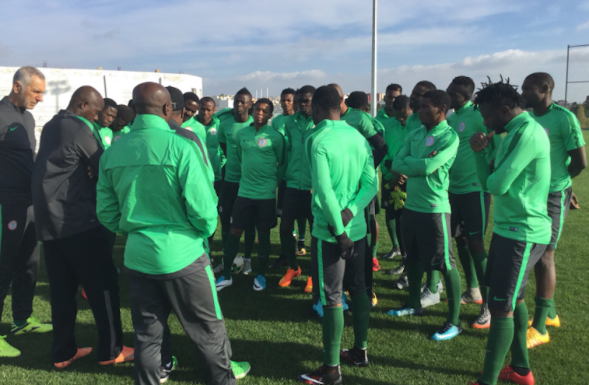 Players plying their trades outside Nigeria will link up with their home-based colleagues at the Flying Eagles camp in January.

The Flying Eagles set up camp in Abuja for the 2023 Africa U-20 Cup of Nations in Abuja last week.

Head coach, Ladan Bosso extended invitations to 40 players at the beginning of the exercise.

Bosso, Saga Gist scooped have already penciled down names of some foreign-based professionals who are expected to hit camp early next year.

The Flying Eagles will embark on Christmas and New Year break on December 22.

The players are expected back in camp on January 4 for the final phase of their camping exercise ahead of the AFCON.

Meanwhile, the Flying Eagles continued their ruthless form with an 8-0 trouncing of Kickers Academy in a test game in Abuja on Saturday.

It was the WAFU B champions sixth consecutive friendly win.

They will face Niger Tornadoes, Wikki Tourists and Nasarawa United in friendlies next week.