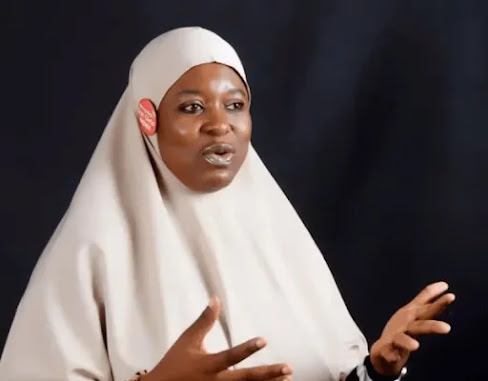 Popular Nigerian activist and social critic, Aisha Yesufu has said she will use her voter’s card as a weapon for good governance and accountability at the 2023 general elections.

She said she stands for peaceful change in government instead of violence.

The social critic also announced herself as a staunch supporter of Peter Obi, the Labour Party’s presidential flagbearer.

She wrote, “I will rather have a bloodless revolution than bloody revolution.

I choose to revolt via the ballot with my permanent voter’s card as my weapon for justice, good governance, accountability and transparency.

“Peter Gregory Obi is the man I have chosen to be the Commander-in-Chief.”