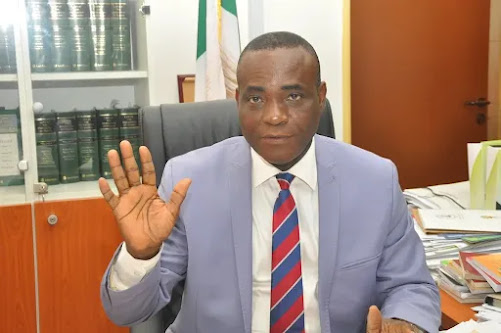 Senator Ita Enang who is working to be confirmed as the APC governorship candidate in Akwa Ibom State for next year’s governorship election has said that the people of the state are unhappy with the government of Mr Udom Emmanuel.

He also maintained that they have since lost confidence in his government.

He spoke in a brief interview at the Appeal Court in Calabar on Monday where a hearing on the matter between him and a rival contender, Akan Udofia over who is the authentic candidate, was moved to a future date.

Enang explained that it is for these reasons that he had to throw his hat into the ring as a way of rescuing the state from mismanagement and corruption.

“I am seeking to become governor of Akwa Ibom State because the people are completely disenchanted with and have lost confidence in the government of PDP, led by Mr Udom Emanuel. My chances to become a candidate and governor of the state are very bright because of the calls for me from the people,” he said.