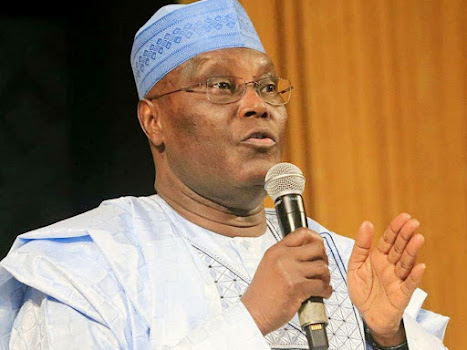 Ahead of the 2023 election, the presidential candidate of the Peoples Democratic Party (PDP), former Vice President Atiku Abubakar said Nigerians must not allow the All Progressives Congress (APC) to come back next year because of its poor performance.

The former Vice President, in a message to its supporters through its campaign organization on Sunday, charged Nigerians to continue to support PDP to win, rescue, and rebuild the country.

Atiku said “from Uyo on 10 October, to Katsina on Tuesday, 20 December, our campaign would have covered 15 states in campaign rallies across the country.”

Continuing, the statement read “It’s a significant milestone. One, because no other party comes close and, two, because our commitment to Recover Nigeria is receiving great attention from the people.

“Of course, we could not have gone this far without your impeccable support. All the successes that we achieved during our state campaigns is on account of the tremendous job that folks like you had done in mobilizing the people ahead of our visit.

“But let me tell you that after our rally on Tuesday in Katsina, The Home of Hospitality, our campaign is going on a break for the Yuletide.

“However, we must not cut a break on the fact that the APC must not be allowed to come back in 2023 because of their woeful failure.

“As your candidate in the next year’s presidential election, I shall continue to keep up with you even in spite of the break.

“I will expect that you too, in kind, shall hold firmly to your support base and even expand the base by the time we resume our rallies in January”.