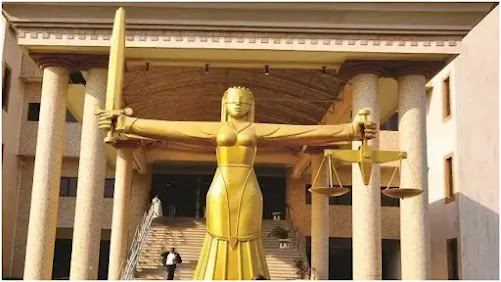 The APC and its candidates had approached the Appeal Court to challenge a judgement of Justice Obile in the matter filed by one George Orlu and 5 others.

The three-man panel of the appeal in its judgment delivered by the lead judge, Justice Muhammed Lawal Shuaibu said George Orlu and 5 others did not exhaust the internal party mechanisms before instituting the suit.

The court also held that the respondents in the Appeal did not participate in the congress of the APC and therefore did not have any cause for the action.

The panel said it was inconceivable for the Federal High Court Judge not to have joined the candidates of APC who are interested parties in the suit.

Justice Lawal Shuaibu also said the nomination of delegates and political parties issues are internal party affairs and that the Federal High Court lacked the jurisdiction to entertain the suit in the first place.

The panel awarded the sum of N500,000 against the respondents in the appeal.