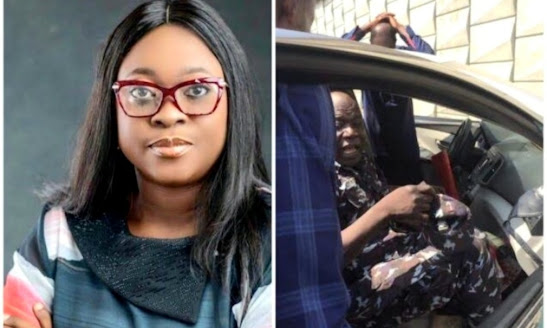 Public Relations Officer, SP Benjamin Hundeyin said the duo had given their testimonies.

The PRO added that the personnel were not involved in the shooting of the lawyer.

“They have given their stories on what happened”, he told NAN.

“The CP has ordered that they should be released while investigations continue.”

The security agency also provided an update on the killing of Gafaru Buraimoh on December 7.

The deceased was fatally shot by an officer from the same Ajiwe Police Station Vandi was attached to.

Hundeyin explained he was yet to be arraigned because his dismissal order has not been released.

He confirmed the officer has been in detention at the SCID while the investigation is being wrapped up.

“Once his dismissal order comes out, he will be charged to court immediately”, the PRO hinted.

On Tuesday, Lagos State Government announced its readiness to take over the prosecution of ASP Vandi.