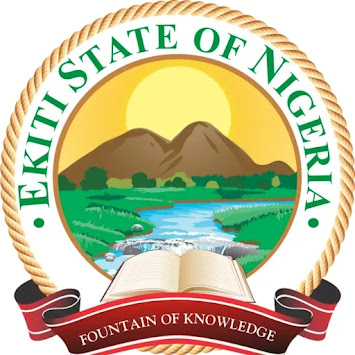 The Ekiti State Government has waded into the lingering chieftaincy crisis between Omuo Ekiti and Ahan-Ayegunle in Ekiti East Local Government, ordering Olomuo of Omuo Ekiti, HRM Oba Noah Omonigbehin to stop the new Alahan he installed from parading himself as a chief.

The government ordered the monarch to stay action pending the time a reconciliation committee to be constituted by the state government will submit its report on the crisis.

The government’s position was a sequel to a petition written by the Alahan of Ahan-Ayegunle, HRH Oba Mathew Jegede, raising serious disapproval of Olomuo’s intention to install another Alahon in Omuo-Ekiti.

The Deputy Governor, in a statement by her Special Assistant on Media, Victor Ogunje, stated that the title of Alahan shouldn’t have been replicated by Olomuo, since government had granted Ahan-Ekiti autonomy and has now become an autonomous community.

Mrs Afuye also expressed displeasure at the way the Olomuo had installed another Alahan on October 29, 2022, in contravention of the strict directive by the immediate past government that he should stay action on the matter.

After listening to the submissions of the two monarchs, Mrs Afuye responded: “In my own opinion, once a community gets autonomy, whatever that is within its jurisdiction should go with it. In that case, there can’t be two Alahan.

“Let me also say this, the fact that the government had stopped Olomuo from installing anyone as Alahan- Omuo, I believe that Kabiyesi Olomuo as one of the leading Obas shouldn’t have defied the order.

“Don’t forget that you are our fathers and we have to do things that will promote peace and development, that is what the Biodun Oyebanji government is committed to.

“Once the government is contemplating setting up a reconciliation committee, I believe Kabiyesi ought to have exercised patience. Don’t also forget that government is a continuum. Even if it was a PDP government that gave that order, we will still go into our file so as to be properly guided.

“The new Alahan installed by Olomuo should stop parading himself for now. I appeal to Olomuo to tell the new chief to comply. What we are after is peace, development and no other vested interest.”

He said he appreciated the fact that the Alahan’s title was part of the Olomuo-in-Council before the autonomy, saying the community has now become independent and that his title can’t be replicated anywhere.

“Since I became autonomous, I have been having problems with Olomuo. I was one of the high chiefs under Omuo, just like Nigeria was under the British government and Ekiti under Ondo State.

“Kota, Omuo, Isaya, Araromi and others had all left Omuo when they got autonomy. Go and check the history properly, there is nothing like Ahan- Omuo Ekiti, what we need is for us to be fully autonomous and allow peace to reign”.

Maintaining that he had always lived harmoniously with other towns under him, Oba Omonigbehin, posited that he had never been embroiled in crisis for the 31 years he had been on the throne.

He said: “I know more about the history than any other person in that area. I am not opposed to the autonomy for Ahan -Ayegunle. But we have Ahan -Ayegunle and Ahan- Omuo. Ahan Ayegunle joined Omuo- Ekiti recently.

“The Alahan can only control Ahan-Ayegunle and not Ahan -Omuo, that has always been my contention. Ahan-Ayegunle to Ahan-Omuo is about 10 kilometres from each other and the latter is firmly on our land. How can Alahan now control the people on my land?

“We will abide by the government’s position that they will constitute a reconciliation committee to visit the place. We are confident that the truth will be unfolded when they come.”