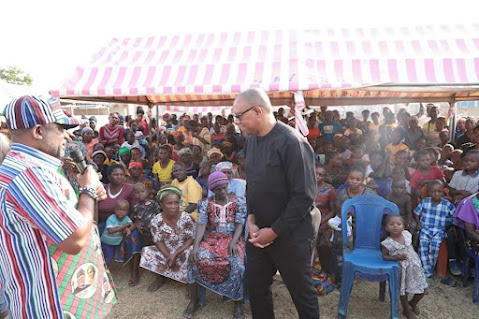 Obi told the IDPs that their plight would not continue, adding that they should have hope they would soon return to their ancestral homes.

“As long as you remain here in the camp, Nigeria is not doing well. It is my desire that you will leave this camp and continue to do what you know best to do, which is farming.

“As long as you remain in the IDP camp, Nigeria is in IDP,” he said.

Obi expressed joy at celebrating Christmas with them and donated N3 million to them, lamenting that he was unhappy to see fellow Nigerians camped against their wishes in IDPs camps.

Meanwhile, the Executive Secretary of the State Emergency Management Agency (SEMA), Dr Emmanuel Shior said that Obi was the only presidential candidate that visited and celebrated Christmas with the IDPs.