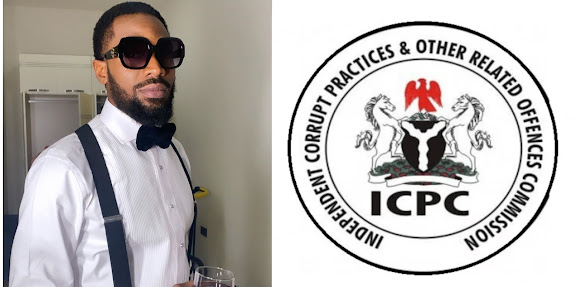 Following the arrest of popular Nigerian musician, Oladapo Daniel Oyebanjo, known as D’banj, for alleged fraud associated with the N-Power Programme, Nigerians have called on the Independent Corrupt Practices and Other Related Offences Commission (ICPC) to name the politicians, and government officials involved in the said deal.

The singer was said to have successfully diverted the N-Power fund with the help of some top government officials.

Nigerians are now insisting on the need for the commission to be transparent in their investigation.

Confirming his arrest, ICPC in a statement on Wednesday, stated that the singer is currently assisting the investigators to unravel the circumstances of the fraud allegations by the petitioners.

Admitting the financial irregularities, the Federal Ministry of Humanitarian Affairs, Disaster Management and Social Development who oversees the affairs of National Social Investment Programme (NSIP), said it invited the anti-graft agency for a thorough probe after receiving petitions about some sharp practices by personnels of the Payment Service Provider involved in the payment processes of the beneficiaries.

The ministry added that the embattled singer was never its brand ambassador for the N-Power program.

Speaking with newsmen, a public commentator and activist, Jaye Gaskiya, urged the ICPC to properly investigate the matter irrespective of who is involved, adding that “if there is any wrongdoing on the part of D’banj, he should be punished.

“D’banj couldn’t have done it alone if the allegation turned out to be true, so let him speak, he should be allowed to speak up and should not be denied access to the media.

Reacting to this, Nigerians on social media also demanded for the Minister’s probe.

@ChukyUnfazed, “If the woman in charge is not arrested together with other officials, then you are not serious.”

@Sunshine4realsh, “You all mentioned and arrested D’banj but the government officials are unknown, So painful, no transparency.”

lerritweet, “Very easy for ICPC to arrest D’banj and broadcast it but the government officials he allegedly colluded with cannot be named right?, This country and double standards, we are watching.”

@OlusholaOba, “The greatest fraud in npower is @Sadiya_farouq joined by the house committee on disaster, those people have finished Nigeria.”

@Joseph_Messii, “The minister should be invited too because N-Power beneficiaries have been complaining about non-payment since she took over.

@alber_965, “The ministry has failed many Nigerians , they have been trading or doing business with our money. It was not like this at all when under vice president Yemi Osibanjo. Madam minister pay us.”

@Isahl10068773, “Irresponsibility of the highest order. What concerns a singer with N-Power money? Actually, this ministry needs to be dissolved.”

@4f384f5ac9064cd, “Sadiya has to be investigated very well, because since she took over this programme, she has done nothing to appreciate it.”

The N-Power is a scheme established by President Muhammadu Buhari in 2016, to address the issues of youth unemployment and empowerment and help increase social development.

The scheme was established under the Vice President office, and later transferred to the Ministry of Humanitarian Affairs in 2019.