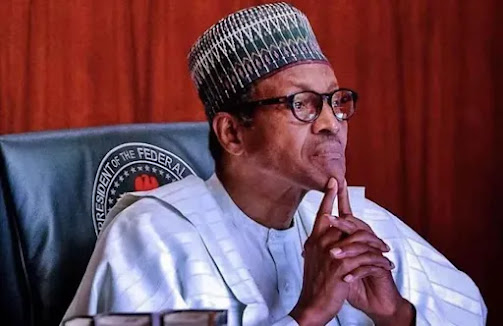 Arewa Youth Assembly has called on President Muhammadu Buhari to sack the Director-General of the Department of Security Services, DSS, without further delay.

The group made the call at a press conference in Abuja on the need for Nigerians to sustain the new Central Bank of Nigeria, CBN, policy and remain focused.

The CBN, under Godwin Emefiele, recently announced its decision to redesign and distribute some denominations of naira notes.

According to the CBN, the policy is aimed at; fighting banditry and kidnapping for ransom industry, controlling the amount of money in circulation, fighting inflation and addressing issues of corruption and hoarding of naira notes by individuals.

This, according to the apex bank, will help to checkmate the incidents of vote buying, as many politicians have allegedly stockpiled funds they intend to use for this nefarious purpose.

However, both chambers of the national assembly have openly called for reversing the policy or extending the implementation date.

They wondered how a member of the House of Representatives, Gudaje Kazaure, could come out publicly to boast of how he had instructed the DSS boss to detain Emefiele for six hours.

Kazaure, in an interview with Human Rights Radio in their Brekete Family Program, claimed that he once directed the DSS DG to detain Emefiele for six hours.

“If this is true, this is a pointer to the reason why Nigerians are being killed daily, yet, our intelligence team is unable to get timely information to avert the same. As most of them are now in bed with politicians and available for use to tackle their opponents,” the youth group said.

“The agents of darkness have resorted to using security as a convenient gateway to remove [Emefiele]from office and possibly pave the way malleable person to succeed him.

“Ordinarily, we wouldn’t have joined issues with our grandfather, the Director General of the DSS, who is from our region, we are disturbed that if the claim by Rep Kazaure that he gave him instruction to detain the CBN Governor is true, it means, our father is sharing his loyalty with another person different from President. If he has any iota of patriotism left in him, he ought to resign.

“Nigerians that are enduring the burden of hardship caused by the doubling of the price of premium motor spirit got a feeling of relief when the DSS mandated both the NNPC and oil marketers to make the product available.

“Their order has not been complied with. As you all know, everything in Nigeria is dependent on oil; hence, the manipulation of subsidies via artificial scarcity should be seen as the greatest threat to National Security which should be tackled with immediate effect. This is the leading cause of inflation and growing poverty in the country, which, when not tackled, can lead to national anger.

“Rather than DSS staying true to their order and ensuring that fuel is made available to Nigerians, their inability to act has made Nigerians lose confidence in them.

“This is coupled with the hasty way Tukur Mamu, the Media Aide to Sheikh Gumi, was arrested on trump-up charges of link with the terrorists that derailed the Abuja-Kaduna bound trained. They have since withdrawn all charges against him for want of evidence.

“We sympathize with service, as there is no way the DG will be recalled from retirement to do the work of energetic men that are less than 60 years. Every day the service keeps manifesting the fatigue that comes with the old age of its head.

“World Bank, Internal Monetary Funds (IMF), African Development, and other development partners [should] pay special attention to what is happening in the central bank of Nigeria and its
governor, to ensure that his tenure is not truncated on false charges.

“Those with looted funds in their houses should find a way of depositing such monies in any commercial bank rather than trying to use a back door approach to knock off the CBN governor and get the policies reversed through their lackey.

“The judiciary to remain state fast in defending the spirit and letter of our constitution, as they are the last hope of the common man.

“President Muhammadu Buhari too. urgently sack the DG of DSS to pave way for more energetic Nigerians, to help fight against insecurity.”