EPL: He chose to say goodbye – Ten Hag on ‘tension’ claims regarding Ronaldo at Man United 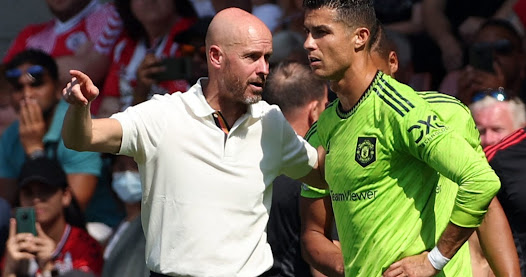 Ronaldo failed to feature as a regular starter in Man United’s starting XI under Ten Hag.

Ronaldo, who scored 24 goals in 38 games last season, was certainly a shadow of his former self under Ten Hag.

When asked by the media whether Ronaldo’s exit from Man United eased the ‘tension’ around the team, Ten Hag replied (via Mirror) that the 37-year-old chose to say goodbye to the Red Devils.

The Dutchman said, “The focus is on the resumption of the league. I only see a hungry team.

“I don’t look back, I only look forward. He chose to say goodbye, he (Ronaldo) is no longer part of it.”