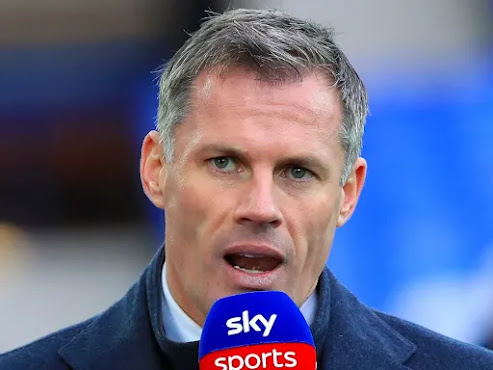 Former Liverpool defender, Jamie Carragher has picked his choice of the best manager in the Premier League this season.

The former England defender overlooked the likes of Arsenal’s Mikel Arteta and Manchester City’s Pep Guardiola in picking his best.

He believes that Newcastle United’s Eddie Howe stands tall among the rest of the coaches in the English top flight and is the best manager of 2022.

Newcastle now sits third in the Premier League table with nine wins, six draws and one defeat in 16 fixtures.

Eddie Howe, who was appointed as Newcastle’s boss in November 2021, has overseen a tremendous turnaround at St James’ Park.

Carragher lauded Howe in his assessment of the best football boss in the English top league in passing.

“Eddie Howe is the Premier League manager of 2022. The first phase of the new era at Newcastle United is a triumph of coaching more than the result of a financial revolution,” he said, according to Telegraph.

The Tyneside club was taken over by a Saudi Public Investment Fund-led consortium in October 2021.

He added that the club would not have been stronger had the club’s owners’ brought in Guardiola or Jurgen Klopp upon completing their takeover in 2021.