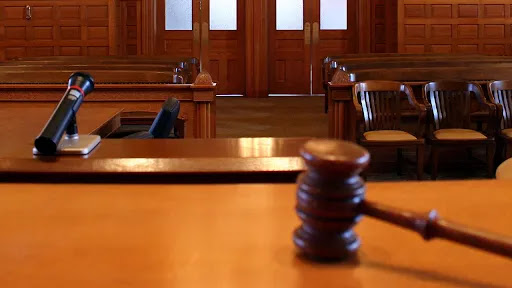 A 56-year-old man, Ayodele Falomo and his son, Ayoola Falomo, 23, were arraigned on Wednesday before a Chief Magistrate Court in Abeokuta, Ogun State, for allegedly assaulting a doctor and a nurse at the Federal Medical Centre, Idi-Aba.

It was gathered that the incident occurred on Tuesday at the emergency ward of the hospital shortly after the 53-year-old female patient, who was the suspects’ wife and mother respectively died.

The father and son were later arrested over the incident.

The defendants were arraigned on a two-count charge of conspiracy and assault.

The defendants, however, pleaded not guilty to the charges.

Prosecution Counsel Olaide Rawlings had told the court that the defendants committed the offence at the FMC, Abeokuta.

Rawlings said that the defendants conspired among themselves to assault one Dr Pelumi Somorin by slapping her on the right and left cheek while performing her duty.

According to her, the defendants attacked Somorin, accusing her of causing the death of their wife and mother.

The offence, he said, contravened the provisions of sections 516 and 355 of the Criminal Code Laws of Ogun State 2006.

In his plea, the father informed the court that he had written an apology letter to the Management of the FMC and Nigeria Medical Association (NMA), Ogun Chapter.

The Magistrate, I.O. Abudu, admitted the defendants to bail in the sum of N200,000 each with one surety each, who must be registered bondsmen with the Ogun State Judiciary.

She adjourned the case to February 16, 2023, for a report of settlement or trial.