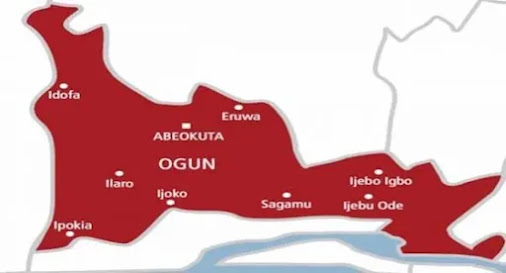 An angry man on Tuesday attacked a medical doctor and a nurse at the Federal Medical Centre, Idi-Aba, Abeokuta, following the death of his wife.

The man and his son had descended heavily on the medical practitioners around 2am on Tuesday, shortly after they were informed of the 53-year-old woman’s death at the emergency ward of the FMC.

Chairman of the Nigerian Medical Association in Ogun State, Dr Kunle Ashimi, condemned the attack in a chat with newsmen, saying the woman died of heart failure.

Ashimi identified the assaulted Doctor as Pelumi Somorin, adding that the identity of the nurse was yet to be ascertained.

According to him, the father and son slapped the doctor when the death of their family member was announced to them.

Ashimi said the 53-year-old woman was presented to the hospital with a severe form of heart failure, which in itself, he said, showed that it would take more than a miracle for the woman to survive.

“In other words, she was at the end stage of heart failure. This was explained to the relatives when she was brought to the facility but, notwithstanding, we also believe in miracles and we feel that we should do our best to see what can happen,” he said.

”Unfortunately, this particular patient gave up the ghost around 2 am and the husband and son of the deceased descended on the doctor that had been taking care of the patient when the news of her death was announced.

“The doctor received a slap from each of them and subsequently they descended on her and she was only saved by people around.

”A nurse was also assaulted by these people,” he said.

The NMA Chairman stated that police were alerted, but despite their presence the son continued with the assault.

He informed that the DPO of Kemta Police Station, who led the police team to the scene, had eventually taken the duo to the station, where their statements were taken.

Meanwhile, Ashimi has warned Nigerians to desist from assaulting healthcare givers, vowing that anyone found guilty would be brought to book.

“Every legal proceeding has been commenced and we shall take this case to the court.

“We want to make an appeal and as well as a warning to all those who use hospital services in Ogun state that the Nigerian Medical Association as well as its affiliates and each individual doctor will not henceforth accept the term ‘we are sorry’ from anybody who assaults any of our members.

“We will go to any length to prosecute such persons and we will not accept the pleading of anybody no matter how highly placed the person is,” he warned.

The Police Public Relations Officer Ogun, Abimbola Oyeyemi, could not be reached for comments.