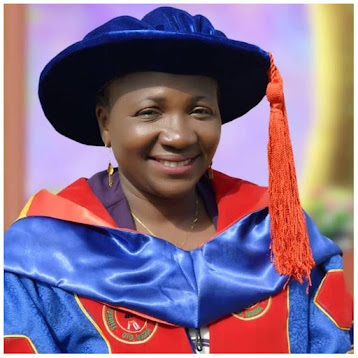 The Federal Government has renewed the appointment of Surv. Dupe Nihinlola Olayinka-Dosunmu as Rector of the Federal School of Surveying (FSS), Oyo State for a second term of four years.

In the letter of the renewal of the appointment signed by the Surveyor General of the Federation (SGoF), Surv. Abduganiyu Adebomehin, who doubles as Chairman of the Governing Council on the FSS reads, “Consequent upon your satisfactory performance as the school rector for the past four years, I write to convey the approval of the Honourable Minister of Works and Housing of your appointment for a second term and final as the Rector, Federal School of Surveying, Oyo.”

According to the letter of the appointment, the rector is the Chief Academic and Administrative Officer and would be responsible for the day-to-day administration of the school; the exercise of general authority over the employees of the school, and the discipline of the students in the school.

While congratulating the rector for the appointment on behalf of the Nigerian Government and the Honourable Minister of Works and Housing, the SGoF in the letter stated that the appointment renewal takes effect from Friday, 2nd December, 2022.