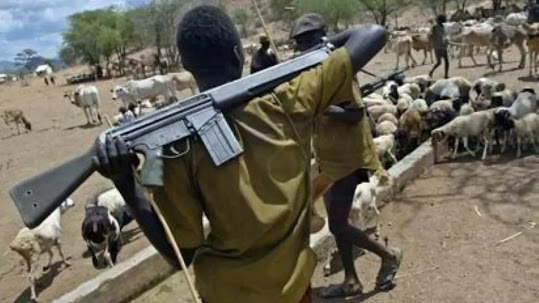 The people of Southern Kaduna have cried out against the government’s inability to arrest and bring to book the perpetrators of several attacks on the area since 2014.

A statement issued by the spokesman of Southern Kaduna Peoples Union (SOKAPU), Mr Luka Binniyat, said, “Let it be put on record that in the hundreds of attacks that have put many parts of Southern Kaduna into ruins and thousands killed since 2014, we have not seen anyone arrested and brought to book over these heinous crimes against humanity.”

The union lamented what it called “the gruesome mass murder of not less than 38 harmless, armless villagers in Malagum 1 and Abun (Broni Prono) villages, Kaura Local Government Area (LGA) in Southern Kaduna”.

The statement regretted that the killings, which lasted for long, started around 11pm Sunday night simultaneously in the two villages.

“Not only were these poor innocent citizens killed, not less than 100 houses were razed, with some victims burnt alive,” the forum explained.

According to the statement, volunteers are still combing surrounding bushes in search of missing persons and more corpses following the attacks by the gunmen on the two communities.

He disclosed that the villagers had noticed the gathering of strange herdsmen coming from different directions on motorbikes to set camp in a nearby bush some days back.

He further lamented that the security forces deployed in the area did nothing when the villagers noticed the gathering, adding that the dastardly act is coming five days after armed herdsmen herded their cattle into a farm owned by Cletus Dunia, 45, in Kpak village, a sub-unit of Kagoro, in Kaura LGA and shot him dead at close range before mutilating his corpse and fleeing with their cows.

The statement stated that the rampaging herdsmen also shot and killed Levi Zakaria, 19, as he was harvesting yams on a farm that was by the fleeing path of the killer herdsmen, saying that on the same day, the same herdsmen killed Ezra Sunday 16, about 2km from where Zakaria was killed.

It explained that the same herdsmen caused the death of Gaje Habila, 31, when he fell and died of exhaustion while escaping, leaving behind a widow and a six-month-old baby, his only child, pointing out that between Tuesday and Wednesday last week, armed men described as herdsmen, invaded some homes in Kamuru village, Ikulu Ward in Zangon Kataf LGA in Southern Kaduna and killed four (4) persons.

The statement explained that forty-six (46) persons were killed in the attacks in Southern Kaduna in the past five days.

“We believe that the aim is to further destabilise Southern Kaduna and give excuse to the Federal Government to stop election in the area. Already there are thousands who have been chased out from their ancestral homes as a result of similar violence unleashed on them, between 2019 and this year as the attacks are coming close to the 2023 general elections,” he added in the statement.

Ironically, the union observed that in spite of the continuous killings of their loved ones, destruction of homes and crops in farmlands, “it is Southern Kaduna traditional leaders, clergy and human right activists that do get arrested and put in prison over allegations of ‘incitement’.”

It said that Governor Nasir el-Rufai’s new found obligation to its citizens is to arrange a quarterly press briefing to inform the world of how many of his citizens have been killed every quarter of the year and how many have been kidnapped and is doing nothing to arrest the continuous killings and kidnapping in parts of the State.

The statement added that Governor Nasir el-Rufai had not shown any empathy with the victims by giving them the most little assistance that a responsible government owes its distressed citizens, lamenting that thousands of residents of the two sacked communities and surrounding villages were leaving their homes in drove as IDPs with no help from the government.