I tried to stop Governors, Ministers from naming projects after me – Buhari 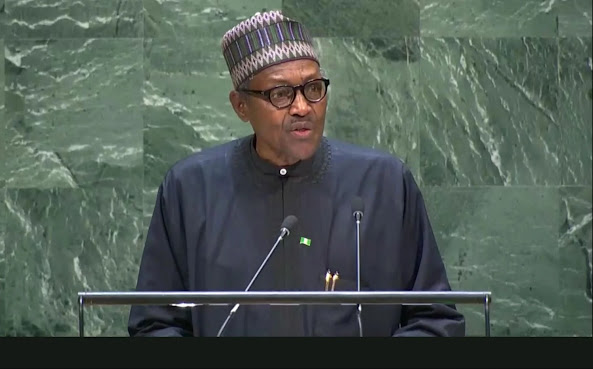 President Muhammadu Buhari said he had attempted to stop governors and ministers from naming projects after him, but the Governor of Kogi, Yahaya Bello disobeyed him.

Buhari made this disclosure in an Arise TV live broadcast of his visit to Kogi State on Thursday.

Buhari commissioned a new Confluence University of Science and Technology at Osara, Reference Hospital at Okene, and township road networks in Idah, Okene and across the three senatorial districts.

“I thank the Governor and the people of Kogi state for naming it (Muhammadu Buhari Square and Civic Centre) after me. Here, I have to digress; I attempted to stop governors and ministers from naming projects after me, but the Governor disobeyed me here”, he stated.