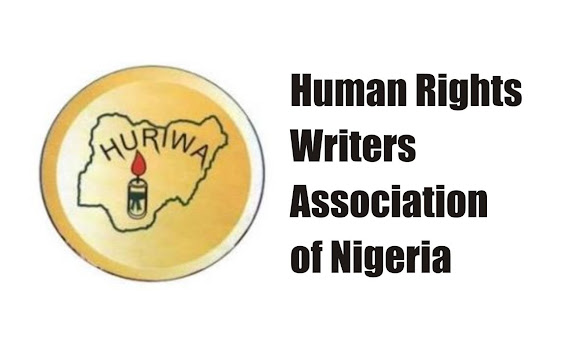 Human Rights Writers Association of Nigeria, HURIWA, has said that the reason the camps of Internally Displaced People, IDPs, are scattered all over the country is simply because there is no government in place.

Addressing newsmen in Abuja to mark the World’s Human Rights Day 2022, with the theme: Reflection on Situation of IDPs in the FCT, the National Coordinator of the HURIWA, Comrade Emmanuel Onwubiko, said that any nation that fails to make paramount the rights of its citizens, is a failed state.

The group pointed out that Nigeria’s situation is worse because apart from the fact that the government has accommodated terrorists, allowing them to operate at will at any giving time, it (the government)has also introduced a policy to deradicalise them and return them to the society while nobody remembers the victims of terrorist activities, the IDPs.

“This day, the 10th of December every year is set aside to remind everybody in the world that human rights are still a major issue,” Onwubiko said.

“The need to defend the environmental rights of citizens is the mainstay of governance. Any country that does not promote, protect, nature, upgrade or mainstream the respect of the fundamental rights of the citizens into the political governance system is a failed state.

“So the World decided to mark every 10th of December as human rights day. And for us in Nigeria, the question of human rights is very important given the fact that there’s general democratisation of violence.

“Violence is everywhere and the people no longer enjoy their rights to freedom of movement and the most important rights which are rights to live as talked about in section 33(1) of the Constitution.

“Today we discarded talking about the IDP…can you ever think about the situation you face now…you live in a very comfortable home, you work and earn a salary and suddenly you’re out of your work and home without a place to lay your head or food to eat.

“The reason why some are setting up organisations is to make sure that Nigeria doesn’t collapse. Have you ever thought about the possibility of Nigeria collapsing today, where are we going to go? So if suddenly becoming an IDP is like getting back to ground zero.

“If the government is living up to expectations and enforcing the fundamental duty of government which is to protect lives and property there’ll be no IDPs.

“Nigeria’s situation is worse because apart from the fact that the government has tolerated terrorists to be all over the place, government has also brought out a policy where they say they want to deradicalise terrorists.

“Somebody who has killed a thousand people they’ll bring him from prison where he is supposed to be and instead of sending him to court to face judgment they do deradicalisation and resettle him. And nobody talks about the victims, the IDPs who are suffering.”

Speaking at the event, the Minister of State for Federal Capital Territory, FCT, Ramatu Tijani Aliyu, represented by her Senior Special Assistant on Empowerment and FCT focal person on Social Investment Programme, Hon Mrs Chinwendu Edomobi Amba, highlighted some of the achievements of the FCTA in catering for the IDPs in the federal capital.

“We have been working hand in hand with the Refugee Commission. The Minister of State has tried as much as possible to reach out to this people,” she said.4

“During the COVID-19 these IDP camps were given a sense of belonging. A lot of palliative items were sent to them. We had a palliative sent out to over 2000 IDP people in the FCT.

“And we have skill acquisition classes for them. If you go to the IDP camp in Durumi you’ll see schools that have been renovated so that they can have classes like other children who are not displaced.”