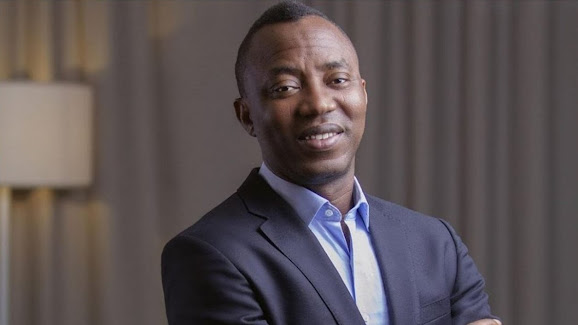 Omoyele Sowore, the Presidential Candidate of the African Action Congress (AAC) says he plans to make Nigeria’s legislature unicameral if given the mandate in the 2023 poll.

Sowore said this in an interview with the News Agency of Nigeria (NAN) on Monday in Calabar, insisting that Nigeria does not require a bicameral legislature as it was a waste of resources.

The founder of the online news platform – Sahara Reporters, said his target was to have a unicameral legislature in the country, as the nation does not require a Senate and House of Representatives that was more than that of the U.S Senate.

“The U.S is a multi-trillion dollar economy and has only 100 senators but Nigeria is not as rich as some states in the U.S has 109 senators and 360 house of representatives members.

“As a party, we have called for a scrapping of one of the houses, the nation can do with one but when it comes to Constitutional matters, it is the people that have the rights through a referendum,” he said.

He said that Nigeria needed a new constitution adding that the 1999 Constitution does not portray equity and egalitarianism.

He said that the new constitution should contain what the nation needed to restructure.

“We could not keep amending a constitution that is faulty and standing on nothing.

“We have been amending the Nigerian constitution since 1999 and we have not made headway because of its faulty foundation.

“The National Assembly does not understand the power of the Nigerian people that is why they must be one of the first casualties of a restructured Nigeria,” he said.

Sowore said his chances were bright in the 2023 general election, stating that some of the candidates of major parties had failed the nation in the past and should not be given another chance.

He said the usual tension before elections in Nigeria was usually created by politicians to cause apprehension so that people would not come out to vote.

“The best candidates are not the ones that are promoted in the front line, lots of Nigerians want the best to lead come 2023 and AAC have demonstrated character which is why many of them cannot come out for a debate where we are,” he said.