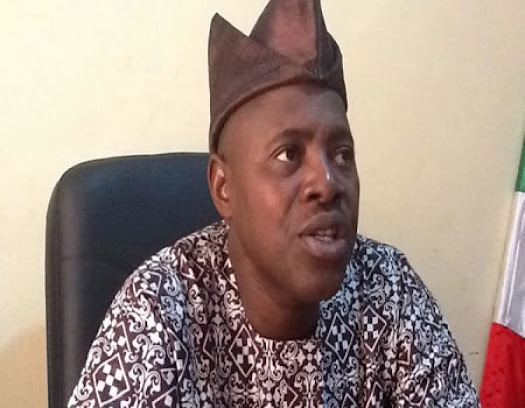 The Ekiti State House of Assembly has insisted that former speaker, Gboyega Aribisogan, was validly and legally impeached from office on November 21.

The Chairman, House Committee on Media and Public Affairs, Adeoye Aribasoye said the 17 lawmakers that carried out the impeachment exercise strictly adhered to the Constitution of the Federal Republic of Nigeria and the House Standing Rules

Speaking while appearing on Adaba 88.9 FM on Thursday, he stressed that the new speaker, Olubunmi Adelugba, was validly and legally elected into office in line with the Constitution, the House Standing Rules and the wish of the ruling party, the All Progressives Congress (APC).

Hon. Aribasoye said notice of impeachment was duly served on the former Speaker and was given an opportunity to appear before the Adhoc Investigative Committee led by Hon. Oyekola Bode-Adeoye to defend himself but he shunned the invitation.

He noted that the report of the panel which indicted Aribisogan of sabotaging the 2022 Supplementary Appropriation Bill was adopted after which the 17 lawmakers voted for his impeachment.

He denied the allegation by Aribisogan that the former governor of Ekiti State, Dr Kayode Fayemi, was the brain behind his impeachment, maintaining that the immediate past Ekiti helmsman neither threatened nor coerced the lawmakers to carry out the exercise.

Shedding light on some alleged infractions in the November 15 election which produced Aribisogan as speaker, Aribasoye claimed that the distribution list used for the election was compromised and questionable individuals found their way into the gallery of the Assembly.

He claimed that 15 lawmakers who voted for Adelugba during the November 15th election wondered why 10 votes were declared at the end of the exercise which aroused suspicion and the desire to correct the alleged irregularity.

He said the deposed speaker committed impeachable offences of sabotaging the passage of the Supplementary Appropriation Bill 2022 and bringing hoodlums into the Assembly premises, thereby constituting danger and threat to the lives of lawmakers, workers and visitors.

According to him, the Supplementary Appropriation Bill which was tabled before the lawmakers when former Governor Fayemi was in office was on the Order Paper on November 15 but Aribisogan adjourned sine die (indefinitely) stalling work on its passage.

According to Aribasoye, the 17 lawmakers that impeached Aribisogan on November 21 obeyed the wish of the APC, the party which sponsored their election into the House, that the speakership position should remain in the South Senatorial District till the end of their tenure in June next year.

“The sitting in which the former Speaker was impeached commenced at 10 am. We followed Section 92(1) of the Constitution of the Federal Republic of Nigeria 1999 governing the election of the Speaker. Section 92(2c) gives us the power to remove the Speaker.

“You must remember that a party sponsored us, we were all elected on the platform of the party (APC). It was a collective decision and there was an agreement between the party and members that the South should be allowed to complete the tenure.”

Hon. Aribasoye also debunked Aribisogan’s claim that the Supplementary Appropriation Bill passed on the day he was impeached was riddled with errors saying the corrected version was duly passed.

He added that the alleged errors were corrected during the budget defence sessions by Ministries, Departments and Agencies (MDAs) which paved the way for its eventual passage.