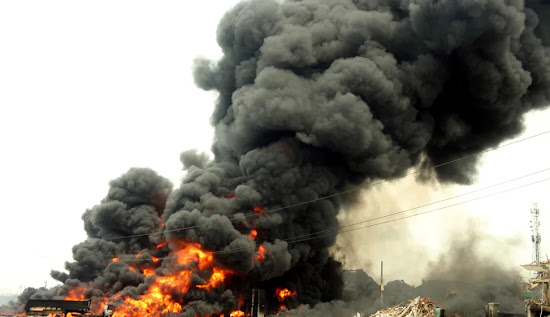 The Kogi government has linked Thursday’s explosion in Okene to “enemies” who decided to strike during President Muhammadu Buhari’s visit.

The explosion occurred around 9.00 a.m. close to the old palace of the Ohinoyi of Ebiraland. Four people died.

Omodara confirmed the state government received intelligence about the incident.

The retired Commodore said there was enough deployment of security personnel to frustrate the “efforts”.

“The enemies of progress tried to distract President Muhammadu Buhari’s visit to Kogi by setting off that explosion.”

Omodara maintained that the blast was orchestrated by “misguided politicians and people who don’t want anything good for their state”.

The adviser further accused “disgruntled politicians” of celebrating the incident.

He urged everyone to take security seriously, warning that no one is immune to attack.

Sources said that a bomb was planted in a car before it exploded.