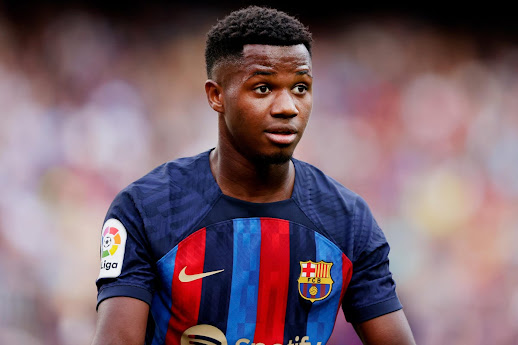 Barcelona forward, Ansu Fati has explained why he rejected Real Madrid to join the Blaugrana’s youth academy, La Masia, in the past.

Fati said Real Madrid did not have a residence for young players at the time and hence joined La Masia as the best option.

The Spain international joined La Masia back in 2012 at the age of 10 from Sevilla’s youth team.

Speaking on why he picked Barcelona over Real Madrid, Fati said (via Barca Universal): “Before I signed for Barca [Barcelona], I had a trial at Real Madrid.

“At that time, the club did not have a residence to accommodate its young players.

“So, with my father, we decided that Barca was the best option, with La Masia.”