Lamentations as Ogun residents celebrate Christmas amidst high cost of food items, others 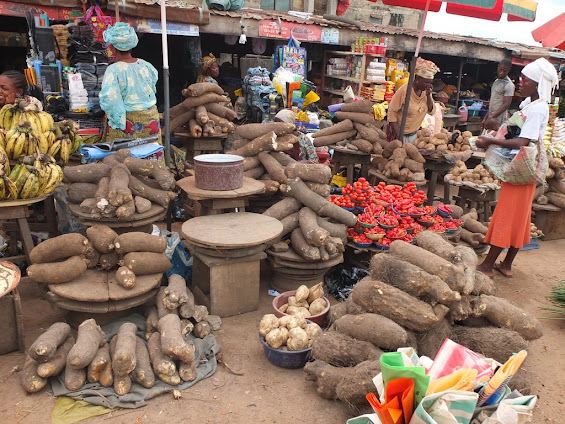 Residents of Ogun State on Sunday celebrated this year’s Christmas lamenting the high cost of regular items in the market.

To many, the Naira notes in their possession seemed to have lost their purchasing power.

The high cost of items in this 2022 Christmas festivity caused some Nigerians to remember the days of former President Goodluck Jonathan, whom they rejected in 2015 for President Muhammadu Buhari.

According to them, since the Buhari administration came on board, the cost of food items and others have been skyrocketing, with no visible steps taken to rescue the situation.

A rice seller at Kuto Market in Abeokuta recalled that a 50kg bag of foreign parboiled rice was N9,000 or below as at 2015. Today, the same quantity of rice now sells in Abeokuta at the rate of N35,000 and more in other places.

“As a result of this, rice, which is usually the most preferred food during Christmas, is no more affordable for the ordinary citizen. People didn’t come out to buy rice because it is too expensive. We are just here, no buyers. Everything is too costly, people will just price and go away. We don’t really make enough sales like before,” Ms Ajani, told our correspondent.

Apart from rice, the cost of a live chicken has also increased by more than 100% compared to what it used to be in the previous years. No matter how small, a chicken now sells at a rate above N8,000.

“As at last year, I still bought a big fowl at the rate of N5,000; a turkey was sold at N25,000. Years before, we used to buy chickens for around N3,000 or so. Yesterday (Friday), I wanted to buy chicken and they said one is N10,000. That is too much. A turkey is N35k and above, depending on the size. I don’t really know what is happening in this nation,” said Ajibade John, a resident of Obantoko.

But, a poultry farmer in the Gateway State, Sulaimon Babatunde said that many poultry farmers are out of business due to the high cost of running the business.

Babatunde said the price of chicken feed has increased beyond what an average farmer can afford. He said many decided not to go into the business because of the risk involved.

“This year, I left my poultry empty because of the high cost of feed. The risk in poultry farming is much. Imagine spending so much on the birds and they end up dying. How will I repay my loan? Many of us are out of business already. Don’t blame those selling the birds at a much higher price, blame the government. If they tell you their ordeals, you will pity them,” Babatunde explained.

While the people were struggling to get food for the festival, the scarcity of fuel is another major problem they had to contend with.

DAILY POST reports that fuel scarcity still remains an issue in Ogun. It was observed that fuel is not available in many filling stations across the State and the few stations dispensing fuel sell around N260 per litre.

The few filling stations selling at the normal rate had long queues of vehicles fighting to buy petrol. Commercial drivers and cyclists are always on the queue to buy the product at a price they believe is more economical for their business.

Also, many residents were seen on the streets with jerry cans in search of where to buy fuel.

“There is no power supply, and we don’t want to celebrate Christmas in darkness; that is why we are on the street searching for where to buy fuel in Abeokuta. I just bought a few litres at N260 per litre. That’s where we find ourselves in Nigeria. It is well,” Mrs Ola Abiola narrated her story.

Our correspondent learnt that people in Ogun border communities buy petrol at N500 a litre from black marketers. They blamed the development on a directive by President Muhammadu Buhari that fuel should not be supplied in filling stations within 20km distance from the border.

An indigene of Ipokia, Bola Jimoh, told our reporter that people of the local government have absolutely given up on the Ibadan Electricity Distribution Company (IBEDC), saying “we’ve been celebrating Christmas in darkness for the past three years.”

Many refuse to travel as transporters increase fares

Our correspondent reports that a sizable number of people refused to travel to their home communities for the Christmas celebration. This is as transporters increased fares across major motorparks.

Before Christmas, the hike in fuel price had caused many motorists to jerk up their charges. The situation worsened as the yuletide came, thereby preventing some people from travelling.

For those travelling within Abeokuta, Lagos, Oyo and other neighbouring States, the fare hike may be manageable, but those travelling to the East, the South South and some parts of the North, could not afford the cost of transportation.

“I didn’t travel to the East this Christmas because I don’t know how I will raise over N100,000 to transport myself and my wife to and from Abia. That’s why I’ve decided to remain in Abeokuta. Christmas no dey finish, we will go next year,” Chimezie said as he spoke while arranging his wares at the popular Sapon market in Abeokuta.

Chimezie’s comment elicited reactions from his fellow Easterners, who said they would travel next year after another President must have been voted in.

Likewise, some Nigerians said they would not travel over fear of possible abduction by kidnappers along the Lagos-Ibadan and the Benin-Ore highway.

Meanwhile, Nigerians are optimistic that the February 25, 2023, presidential election would mark an end to the many problems bedevilling the nation.