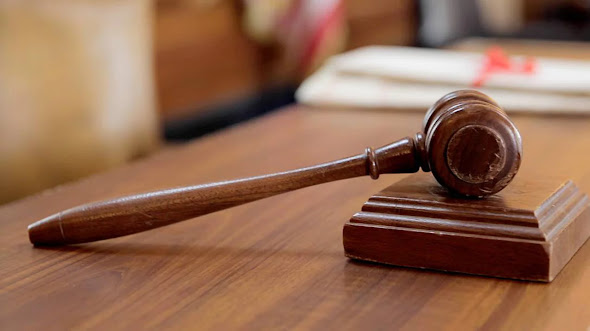 The twenty million naira (N20,000,000.00) is for exemplary damages severally suffered, psychologically, physically and emotionally for the unlawful detention of the victims by the Nigerian Army and the Commanding Officer of 90 Battalion, our Correspondent learnt.

The lawyer is seeking redress for the alleged infringement of the fundamental rights of his clients.

Mr. Umode is also seeking the Court for, “A declaration that the arrest and detention of the Applicants since on 9/11/2022 by military officers of the 1st Respondent under the control and supervision of the 2nd Respondent is unconstitutional and illegal.

“A declaration that the detention of the Applicant in the military cell for a period of over twenty-two(22) days is unconstitutional and illegal.”

He said they have been kept under the custody of the 63 Brigade of the Nigerian Army, Asaba, Delta State since the 9th of November, 2022.

The petition was written separately by Mr Choice Umode Esq of Choice U. Umode & Co Chambers on behalf of Mr. Hero Asagba, a businessman who carries on dredging of sand in Ikweawu Community Amu-Okpe, in Sapele Local Government Area.

Mr. Abraham Asagba, Mr. Goodluck Ikoyo and one Mr. Igho Meeting, a worker in a dredging site owned by the businessman were the victims of the alleged arrest and detention by soldiers.

In the petition, the legal practitioner claimed that the businessman and the two others who were allegedly arrested have been in detention for the past three weeks till date without the order of any court of competent jurisdiction.

While noting that the businessman dredges sand at Ikweawu Community in Amu-Okpe Community in Sapele Local Government Area, Mr. Umode claimed that one Mr. Stephen, a security guard in his dredging site called him on phone to inform him that some armed men came to the dredging site to rob and that he should immediately rush to the site.

The businessman immediately called his elder brother, Mr. Abraham Asagba, Goodluck Ikoyo and Mr. Igho Meeting to go to his dredging site upon the information received from Mr. Stephen.

“While they were on their way to the dredging site following the prompting of our client. The persons of Mr. Abraham Asagba, Mr. Goodluck Ikoyo and Mr. Igho Meeting were accosted by some military officers attached to the 90 Battalion of the Nigerian Army who arrested and detained them under the custody of the 63 Brigade of the Nigerian Army Asaba, Delta State.”

The lawyer said despite frantic efforts made by his client and family members to at least have access to the arrested persons of Mr. Abraham Asagba, Mr. Goodluck Ikoyo and Mr. Igho Meeting who were arrested and detained under the custody of the 63 Brigade of the Nigerian Army, Asaba, Delta State have proven abortive.

“Sir, it’s imperative and pertinent at this junction to bring to your notice that the persons of Mr. Abraham Asagba, Mr. Goodluck Ikoyo and Mr. Igho Meeting who were arrested and taken into the custody of the 63 Brigade of the Nigerian Army Asaba, Delta State has remained in detention till date i.e, for over a period of 3 weeks without the order of any court of competent jurisdiction.

“Sir, in the light of the above, we most humbly write this petition to your esteemed office to enable you to use your good offices to swiftly investigate this barbaric and unconstitutional act of the military officers who have perpetrated this obnoxious and flagrant disrespect for the rule of law and to see that justice is best served.”

When contacted for comments, the Delta State Police Public Relations Officer, DSP Bright Edafe said he is not aware of any petition.

Efforts to reach the Commanding Officer of the 6 Division, Port-Harcourt in Rivers State were unsuccessful at the time of this report.