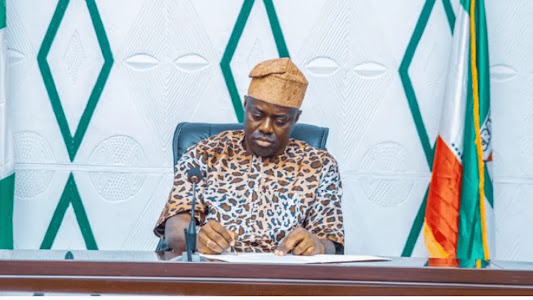 Governor Seyi Makinde of Oyo State has assented to the bill which is seeking to upgrade the Emmanuel Alayande College of Education, Oyo, to a University of Education.

Makinde signed the bill on Monday.

Saga Gist recalls that members of the Oyo State House of Assembly had earlier passed the bill into law.

The governor, while speaking after signing the bill into law, said that the bill will increase access to quality university education in the state.

He maintained that tertiary institutions in the state have moved from receiving 25 per cent of subvention to getting 100 per cent of their subvention.

Makinde while speaking further insisted that the institution will be empowered by law to award university degrees, diploma certificates and other academic titles and distinctions.

He explained further that the target of the state government is to ensure that the university becomes the best university of education in the country.

Makinde said: “This is another landmark event in the history of tertiary education in Oyo State. Of course, Education is one of the four pillars of the current administration which we called Omituntun 1.0. The Omituntun 2.0 that is coming is sustainable development.

“This is another promise we made in the course of governing our dear state. We fulfilled that promise by sending an executive bill to the Oyo State House of Assembly for upgrading Emmanuel Alayande College of Education to a degree-awarding institution, and today, we are signing the bill into law.

“The university will then be empowered by law to award university degrees, diploma certificates and other academic titles and distinctions. This is another way we are increasing access to quality university education for the people of Oyo State.

“Our aspiration is to ensure that the Emmanuel Alayande University of Education becomes the best university of education in Nigeria.”