Naira appreciates by 0.11 percent against Dollar 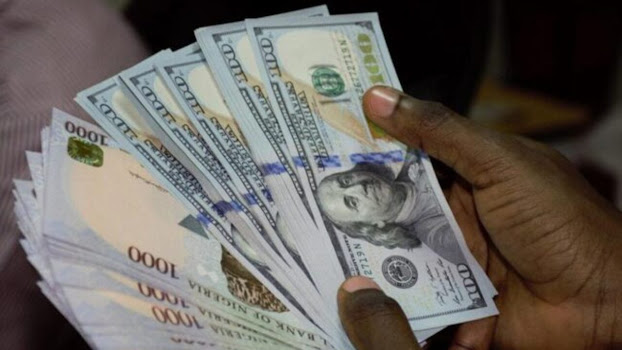 Nigeria’s currency, Naira, on Friday exchanged at N445.33 to the dollar at the Investors and Exporters window, representing an appreciation of 0.11 per cent, compared to the 445.83 it exchanged on Thursday.

It was gathered that the open indicative rate closed at N444.75 to the dollar on Friday.

At the parallel market, popularly known as the black market, Naira to Dollar exchange rate dropped from N745/$ to N726/$ on Saturday, 3rd December 2022. The country’s foreign exchange market has continued to fluctuate amid an unstable economy.

Reacting to the development, a financial inclusion/wealth management expert, Mr Idakolo Gbolade, disclosed that the reason for the rise of the naira could be the increased supply of Dollars in the black market.

He said, “The major reasons for the appreciation of the Naira against the Dollar in the past few days have been as a result of an increase in dollar supply in the black market and the corresponding low demand for the greenback.

“The Naira redesign policy of the CBN caused scarcity of the US dollars because a lot of activities and exchanges were taking place between the Naira and the Dollar, which caused the rate to shoot to the roof coupled with the fact that the CBN was also not earning enough forex to support the Naira at that time.

“These fluctuations will continue to the next year until CBN policies begins to gain ground to further strengthen the Naira and improve the economy.”