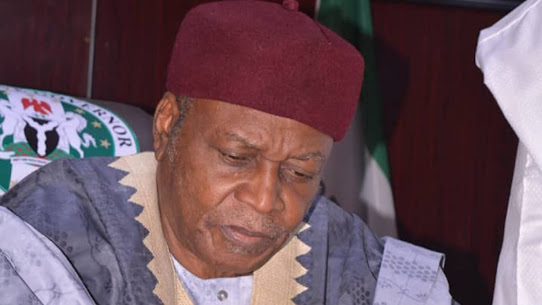 The president of the Nigeria Basketball Federation, Ahmadu Musa Kida, has called on Governor Darius Dickson Ishaku of Taraba State to renovate the Jolly Nyame stadium so that it can measure up to the standards to host national and international competitions.

The appeal came on Thursday when Kida who was in the state for the elective annual meeting of the Nigeria Olympic Committee paid a courtesy visit to the Taraba State Commissioner of Youths and Sports Development, Hassan Bappa, in Jalingo, the state capital.

Observing that many basketball players in the State have distinguished themselves in various competitions, putting the stadium in proper shape, he believed, would go a long way in boosting the morale of sports lovers in the state.

The commissioner, however, disclosed that plans to establish a sports academy in the state are being perfected by Governor Ishaku’s administration.

He also maintained that plans are also underway to establish a polo club in the state capital with a view to reducing unemployment among youths and improving internally generated revenue for the state.

Bappa avowed that establishing a sports academy will benefit not only youths and people of Taraba State alone but also people from other states and even neighbouring countries who “can come and study here.”

He said: “There are two things that are involved; in the morning, they will go to classes for theory; in the evening, they will go for the practical, [at the end] you will get a certificate and at the same time get a skill that you will become self-reliant on.”

He added: “Governor Darius Ishaku believes so much in entrepreneurship. We have a lot of young talents and we will make sure we discover them, train them and sell them to the world because we also have veterans in sports that will also be engaged to achieve the set goals. We have already designated land for the proposed polo club at the Jolly Nyame Stadium as well,” Bappa added.

At the time of filing this report, the annual general meeting-cum-elective congress of the Nigeria Olympic Committee is ongoing in the executive chamber of the Government House.