No DSS officer was slapped by Adeleke’s family – Osun PDP 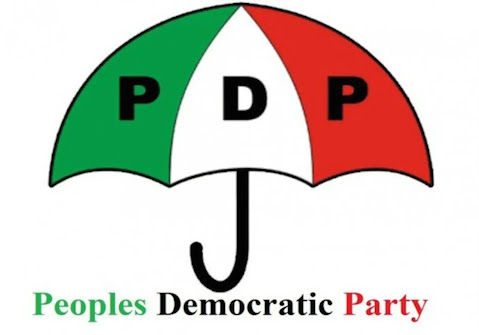 The Peoples Democratic Party (PDP) in Osun State has denied allegations that personnel of the Department of State Security (DSS) attached to the security detail of the state governor, Ademola Adeleke was physically assaulted.

The Osun All Progressives Congress (APC) had alleged on Sunday in a statement by Kola Olabisi, the Osun APC Director of Media that a DSS operative was slapped by the elder sister of the governor, Modupe Sanni.

The Osun PDP in a reaction by Oladele Bamiji, its Director of Media on Monday described the APC as rudderless and in severe pain over its loss of political power.

The Osun PDP advised the APC to prevail on former Governor Adegboyega Oyetola to apologize and return all looted assets rather than looking for petty diversionary tactics and engaging in rumour peddling.

According to Osun PDP, “Such statements with the seal of a supposed registered political party is pathetic, to put it mildly. It is the lowest level anyone could descend to show unsophisticated frustration.

“While we are not unaware of the fact that APC leaders and members alike, as things stand in the state, are down and critically idle, nevertheless, we never thought they will degenerate to the point of trying to give life to beer parlour gossips.

“As such, we like to advise the party to endure its time in the desert with sensible anger, as the petty style adopted so far by APC handlers can only continue to reduce their electoral stock.

“We like to emphasize that at no point did Governor Adeleke or any member of his family physically assault any security details attached to them. The truth, which can be easily verified from security personnel around him, is the kind hospitality and respect the Governor and his family have accorded them.

“Only those with cheap mindset, as the Osun APC extensively demonstrated, will ever entertain the thought of a respected family as the Adeleke will abuse security operatives.”

While reiterating the position of the Osun State Government in an earlier statement by its spokesperson, Olawale Rasheed that the alleged withdrawal of DSS personnel from Ademola Adeleke had nothing to do with him or any member of his family but a minor disagreement with the Police, which is being handled by the appropriate authorities.

The party called on the people to dismiss the entirety of the insinuations of the APC, describing the rumour as a clever plot to distract from the questions of accountability posed to it by the PDP-led Ademola Adeleke administration.