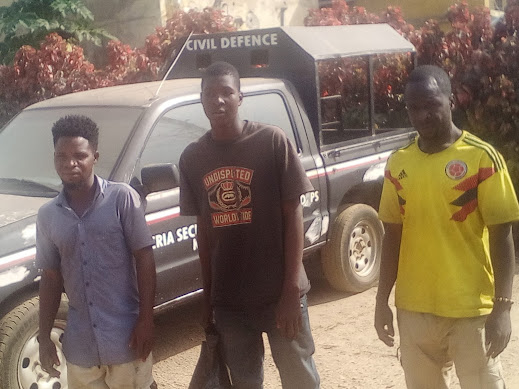 The Commandant, Ibrahim Tukur, disclosed this at a press briefing in Ilorin on Thursday.

He said the fuel tanker driven by one Buhari Joda, (37), with 33,000 litres of PMS was arrested at Oladeji filling station in Ilorin, the state capital on December 7th,2022.

The two filling stations have also been sealed while investigations is ongoing.

Tukur said the waybill of the truck indicated that the fuel supply was meant for a community at Ikorodu in Lagos State but diverted to Ilorin, Kwara State capital.

The Commandant revealed that the driver, arrested alongside two motor boys, Hamidu Joda (32) and Buhari Aminu (20) will be charged with criminal conspiracy and diversion.

He lamented that while fuel scarcity was bitting hard amid acute supply to the public, some people were engaging in the diversion of the product.

Tukur, said “we have directed our anti-vandal unit to embark on 24-hour monitoring of fuel supply and distribution to ensure that the product actually gets to the designated areas and filling stations in the state.