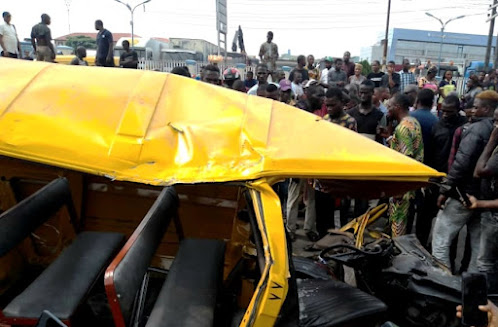 The Lagos State Emergency Management Agency (LASEMA) has confirmed the death of one person in Thursday’s crash.

Four others were injured in the multiple accident at Cele bus stop inward Mile 2.

Other vehicles at the scene were a Volkswagen bus, a Highlander SUV and a Toyota RAV4.

Oke-Osanyintolu said the truck driver lost control and collided with the vehicles ahead of it.

“An adult male, the bus driver, lost his life while four injured victims – three males and one female – have been transported to hospital,” he said.

The official confirmed that the body of the deceased was handed over to the relatives.

The crash caused gridlock along the axis as emergency responders and passersby collaborated to clear the scene.