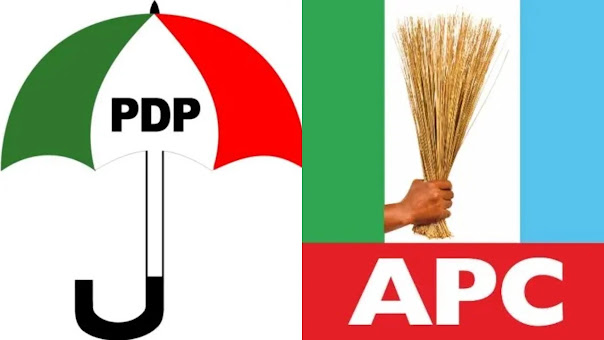 The All Progressives Congress (APC) in Osun State has asked the State House of Assembly to inquire why the state governor, Ademola Adeleke, decided to withhold the November 2022 salaries of all the political appointees of the immediate past Governor, Gboyega Oyetola.

Also, the Osun APC Chairman revealed that the Ademola Adeleke administration had spent N941,850,000 to buy rice for the members and leaders of the Peoples Democratic Party (PDP) in the state.

The Osun APC alleged that the money for the rice was part of the local government SURE-P fund meant to provide social infrastructure across the council areas in the state.

In a statement by the Osun APC Chairman, Tajudeen Lawal, and made available by Kola Bisi, the Director of the party, the party revealed that Adeleke has both refused to pay the November salaries of all the legally-appointed political appointees of Oyetola even though the latter had appropriated the fund for same before he left the office. 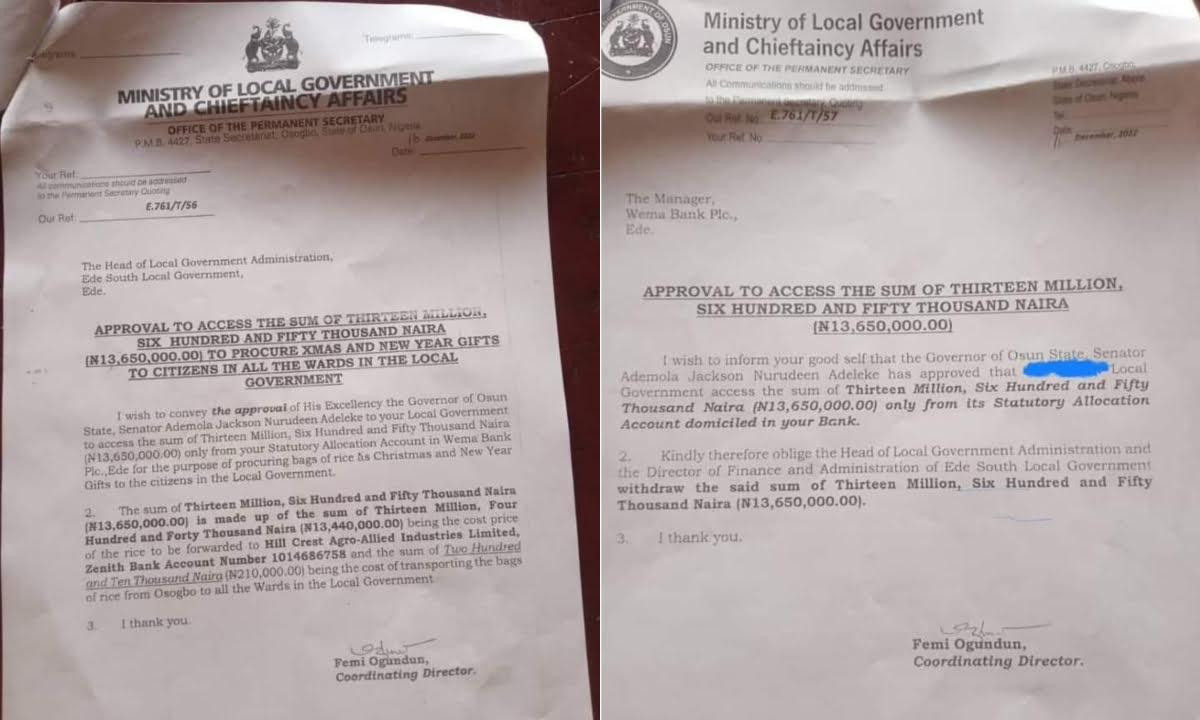 Lawal also disclosed that the party had stumbled on a letter where Adeleke, through the State Ministry of Local Government and Chieftaincy Affairs, directed the diversion of the money meant for the generality of the people of the state towards the purchase of the commodity.

According to the statement obtained on Wednesday, “It was observed that Governor Adeleke deliberately and grudgingly refused to pay the November salaries of all the public officers who validly worked for Oyetola till the end of his tenure last month.

“There could be no justifiable reason under the sun why Governor Adeleke should be owing the salaries of the public workers who were validly employed by his predecessor”.

“Adeleke to shed his toga of politics of hatred, vindictiveness, oppression, victimisation as there is no any justifiable reason for him to withhold the workers’ salaries other than wickedness, insensitivity, lack of empathy and reconsideration.”

He queried the basis for the seizure of the public workers’ salaries when there were records that they were validly employed and worked diligently till November 27, 2022, when there was a change of government.

He said, “I can’t understand how we came to this level. Why is Governor Adeleke punishing a cross-section of Osun State workers whose salaries he is sitting on?

“Thank God that we are operating in a democratic society where there are expected statutory checks and balances by all arms of any government.

“It is on this basis that it is expedient for the Osun State House of Assembly to wade into the issue and ask questions why Governor Adeleke is working a bleak Christmas for some people in the state through non-payment of salaries.”

While wondering on whose authority the state governor approved the withdrawal of the funds from the local government allowance without any recourse to the state House of Assembly, Lawal concluded that “It is obvious that the Osun State people have boarded a metaphorical one-chance vehicle with Governor Adeleke in the driver’s seat of governance in the state.

Reacting, the Osun State Peoples Democratic Party (PDP), through its caretaker chairman, Adekunle Akindele, stated that despite clear clarifications that the funding for the purchase did not emanate from the SURE-P fund, which is still intact, the Osun APC is obsessed with fake news simply because Governor Adeleke stopped the former government from looting the fund.

Akindele stated that the governor has continued to receive accolades from the public for his handling of the rice distribution project.

He thanked Governor Adeleke for breaking new grounds and for setting Osun on the path of sustainable development and good governance.

The problem started when the Osun State Governor, in a press statement on Wednesday, approved a committee on the distribution of rice.

The state governor, through a statement signed by his spokesperson, Olawale Rasheed, also stated that the SURE-P fund is intact in the account of the local governments.