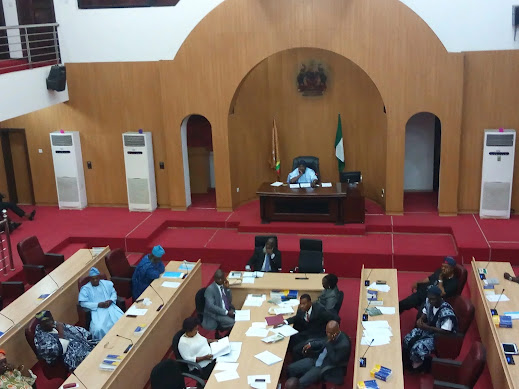 Sequel to the earlier instruction of Osun State House of Assembly that agencies of government should immediately furnish it with the updated details of the state’s debt, the Assembly on Wednesday set up a committee to look into the debt profile.

The Speaker, Osun House of Assembly, Timothy Owoeye at plenary inagurated a 10 man adhoc committee to urgently do a thorough investigation about the exact debt profile of the state.

Owoeye in a statement by his media aide, Kunle Alabi stated that the figure that the House of Assembly has was different from what was reeled out by the executive arm of government.

According to the statement, “The committee has the Speaker as the Chairman, Chairman House Committee on Public Account and Chairman of Committee on Finance and Appropriation, Gbenga Ogunkanmi and Adebayo Olodo respectively as the Co- Chairmen.

The Speaker while inaugurating the committee noted that the situation if not carefully handled may affect investors and people who want to have transaction with the state.

The Speaker, while relying on sections 128 and 129 said, “For the purposes of any investigation under section 128 of this constitution and subject to the provisions thereof, a House of Assembly or a committee appointed in accordance within section 103 of this constitution shall have power to.

“(a) procure all such evidence, written or oral, direct or circumstantial, as it may think necessary or desirable and examine all persons as witnesses whose evidence may be material or relevant to the subject matter;

“The only institution that can clear the air on this is the House of Assembly, government is continum, this exercise is going to be transparent, that’s why we have co-opted the Minority leader into the committee,” the Speaker emphasized.

Recall that on Friday, December 16, 2022, the Osun State House of Assembly expressed concerns over the reactions trailing the debt profile declaration by Governor of the State, Senator Ademola Adeleke.

In a statement by Kunle Akande, the Chairman, House Committee on Information and Publicity, the House noted that as the accredited representatives of the people, it was duty bound to seek clarifications and inform the people of the state accordingly.

The statement by the House was a reaction to the declaration a day earlier by the Osun State Governor, Ademola Adeleke before the Osun State Council of Traditional Rulers that the state was in debt to the tune of N407.32 billion which was left behind by the previous administration of Adegboyega Oyetola.