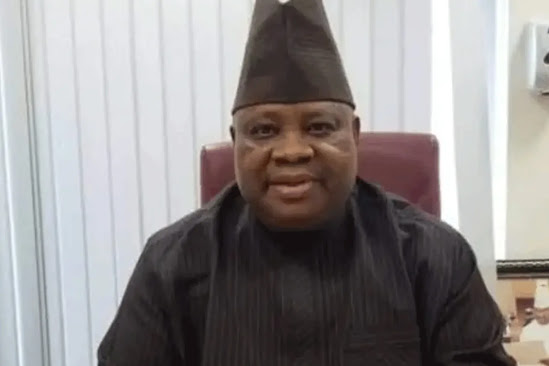 Governor Ademola Adeleke of Osun State has approved the immediate suspension of Dr Niyi Oginni, the Executive Secretary of Osun Health Insurance Agency (OHIS) and Dr. Adebukola Olujide, the Head of the Primary Healthcare Development Board in the State.

Governor Adeleke also directed the Public Procurement Agency and other relevant government agencies to immediately kick-off the process to recover all outstanding tender fees on contract awards, JVAs, MoU to which the State government is a party in the last four years.

The suspension of the agency heads is coming after the interim report by the Niyi Owolade-led Committee on Contracts and MoU.

In a statement made available by Rasheed Olawale, the spokesperson of the State governor, the duo were accused of gross abuse of office, mismanagement of public resources and serial violations of agency and public service regulations and laws.

The statement, which disclosed that all the directives take immediate effect, added that the Governor announced a holistic investigation of the Public Procurement Agency (the Due Process Office) to determine the extent of its culpability in the non-remmitance of tender fees to the State treasury and contract manipulation in the last four years.

“The Committee in its recommendation had unearthed the unethical practices of the suspended heads of the OSHIA and the Primary Health Care Board as manifested in contract awards without due process, non-remittance of actual tender fee collected from contractors, contracts without value for money, like the PHCs and deliberate splitting of contracts.

“The Committee further found out that the suspended OHIS boss gave contracts to the tune of several millions of Naira to his own biological daughter and his own private Hospital in the Agency he is heading, while the Acting Career Head in the Primary Health Care lied on oath when she falsely denied knowledge of all contracts of infrastructures and supplies in the PHCs, resorting to bulk-passing and blame trading.”

Saga Gist had earlier reported that the Committee on Contracts and MoU had recommended the suspension of Dr Oginni, the Executive Secretary of the Osun Health Insurance Scheme and Dr Adebukola Olujide, the Executive Secretary of the Osun State Primary Healthcare Development Board over gross abuse of office and non-remittal of contract tenders fees.

The committee also alleged that the duo had discriminately awarded contracts to their cronies and blood relatives.