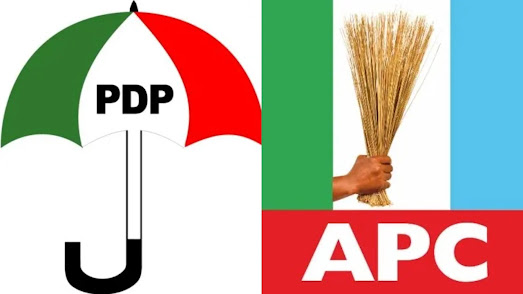 Oyo State chapters of the Peoples Democratic Party (PDP) and the All Progressives Congress (APC) are currently at loggerheads over alleged killing of one of the members of PDP in the State.

Saga Gist reports that a member of the PDP in Oyo town identified as Mudashiru Baraka, was killed by some yet-to-be-identified assailants on Wednesday.

It was gathered that the matter had been reported at Durbar Police Station in Oyo.

PDP in its reaction accused one of the opposition political parties in the State, the APC of sponsoring a ‘killer-squad’ to assassinate its member.

The party explained that some of its members also sustained various degrees of injuries during the attack allegedly sponsored by the APC.

It then appealed to the state Commissioner of Police, Adebowale Williams, to bring the culprits to book.

Publicity Secretary of PDP, Akeem Olatunju in a statement, described the attack as unfortunate.

Olatunji said “It is very unfortunate that despite the peace accord APC jointly entered into alongside other political parties in the State ahead of the 2023 general elections, the opposition party has continued in its sustained and coordinated attacks against our members in its usual manner.

“We are aware that these attacks are fully sanctioned and backed by certain individuals, including some of APC candidates who are not only desperate to win the 2023 election by either ‘hook or crook’, but also do so at whatever cost”.

But, APC in its reaction, faulted the PDP’s statement.

APC said that the PDP should be investigated over such accusations.

Publicity Secretary of the APC, Olawale Sadare, in a statement condemned what he described as the ruling party’s penchant for playing politics with issues relating to security of lives and properties in the State.

Sadare said, “Oyo town is not a recluse as it is populated by good people who lived in peace and tranquility until the present PDP administration of Gov Seyi Makinde came with its mission of domestic terrorism”.