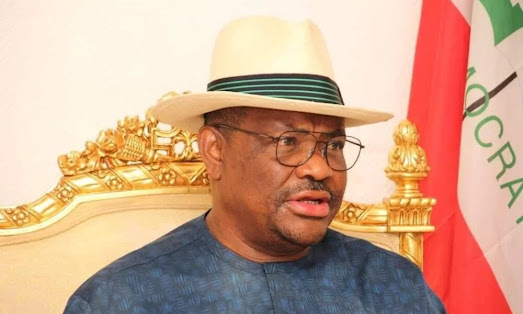 The PDP campaign council in the state and a former Minister of Transportation, Abiye Sekibo, had accused Wike’s government of sending thugs to attack them.

However, Wike said he has never been involved in any act of political violence.

Speaking in Port Harcourt, Rivers State, the governor said: “Some people are saying we sent thugs to attack them. You see, when people see failure, they will begin to plan excuses.

“Instead of you to tell your principal, this will be difficult for me, you are giving excuses.”

He cautioned the political class against any attempt to plunge the state into chaos.

“Anybody who knows me know, that I have never been violent. If I am violent, I won’t go to court.

“But we know those who planted killings in this State when they were Secretary to government. We know them, but that killing will not happen again in the State.

“We will not give you the opportunity to try it again,” he said.

Wike has been aggrieved with Atiku after he lost during the PDP primaries and the refusal of the latter to make him his running mate.

Following Atiku’s decision to pick Governor Ifeanyi Okowa of Delta State, Wike had called for the removal of Iyorchia Ayu as the National Chairman of the party.

Wike and his group, the G-5 governors, said a particular region should not be allowed to produce the party’s presidential candidate and National Chairman.