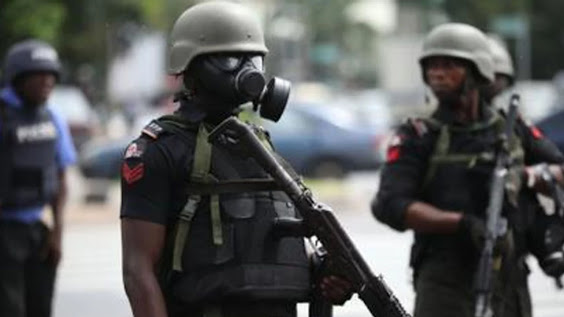 The Katsina State Police Command arrested a gang of armed robbers who specialised in attacking shops and residents, robbing owners of their belongings and other valuables.

According to SP Gambo Isah, spokesman of the Katsina Police Command, who paraded the suspects on Thursday, nemesis caught up with the suspects when they attacked the residence of one Aminu Alake of Kofar Guga Quarters with dangerous weapons and robbed him of his motorcycle, a generator and other valuables.

Items recovered from the apartment of the suspects include two big sacks, each containing armoured cables cut to size, one hacksaw, two long daggers, one pair of scissors, three big flashlights, and two mask caps among others.

Similarly, the Katsina Police Command paraded an ex-convict and member of a car theft syndicate terrorising the Katsina capital.

The suspect, Isah Mohammed, 30, of Farin-Yaro Quarters, Katsina, was caught with a motorcycle which he confessed to having stolen.

According to SP Gambo, the suspect was previously arrested in 2019 with a pistol in his possession and in connection to armed robbery and was arraigned in court.