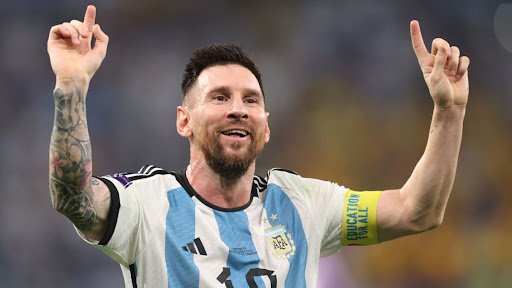 The Minister of State for Labour and Employment, Festus Keyamo has likened the All Progressives Congress, APC, presidential candidate, Bola Tinubu, to Lionel Messi of Argentina.

Keyamo said just like the gods ruled in Messi’s favour, Tinubu would emerge victorious in the 2023 presidential election because he has given his all to a cause.

He made the remark while reacting to a comment by the popular United Kingdom, UK, pundit, Piers Morgan.

He tweeted: “BREAKING: Argentina win the World Cup on penalties. What a game. Incredible drama. Congrats to Lionel Messi & his team. Commiserations to the French who gave it everything, especially the brilliant Mbappe. Football eh.. bloody hell!”

Keyamo tweeted: “The match b/w Argentina V. France has espoused the notion of EMILOKAN which, in its proper context, means when you’ve given your all to a cause, then you can rightly lay claim to the ultimate prize. France wanted to alter that notion, but the gods ruled in favour of Lionel Messi.”