Qatar 2022: I was rooting for myself – Neymar on supporting Messi or Mbappe in World Cup final 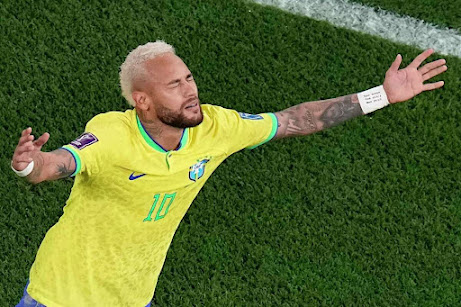 Brazil forward, Neymar, has given a coy answer on which of his Paris Saint-Germain teammates he will support in the 2022 World Cup final.

Lionel Messi and Kylian Mbappe will carry the burden of winning the trophy for their countries on Sunday.

Neymar and his compatriots were considered the favourites entering the competition.

But they were eliminated in the quarter-finals by Croatia via a penalty shoot-out.

Neymar was asked if he had thought about his two teammates and who could win the tournament.

“I was rooting for myself.”