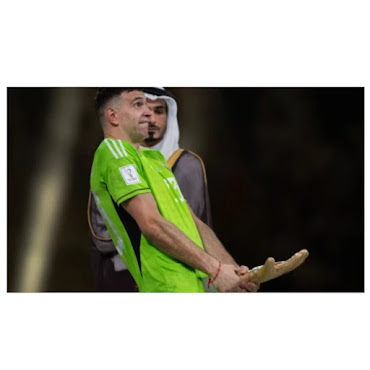 Argentina won the World Cup, thanks to Martinez’s heroics, in a 4-2 penalty shootout victory against France after the match ended in a 3-3 draw after 120 minutes.

Martinez, who won the Golden Glove for his performance during the competition, controversially celebrated by lowering the trophy towards his groin and thrusting it towards the crowd at the Lusail Stadium in Qatar.

Reacting to the development, Saha has condemned Martinez for his celebrations and insisted that the Aston Villa goalkeeper will be remembered for his antics rather than his displays.

“Emiliano Martinez’s antics are going to be remembered for a long time, and that is a sad thing,” The former France international told Paddy Power.

He added, “He had a great tournament, and he did not need to do it. It was more about his adrenaline, and some people do things without thinking and just instinctively do something they will regret.”