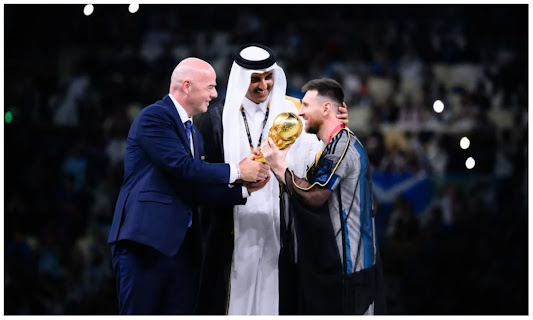 The 2022 World Cup final match ended 2-2 at full-time and 3-3 at extra-time and was decided on penalty shootout which Argentina edged 4-2.

Messi was allowed to wear a traditional Qatari bisht much to the annoyance of Lineker.

“This is a magic moment. It’s a shame in a way they’ve covered up Messi in his Argentina shirt,” Lineker said on BBC.

Messi then took off the bisht as he left the podium and Lineker added: “He’s taken his little robe off now.”