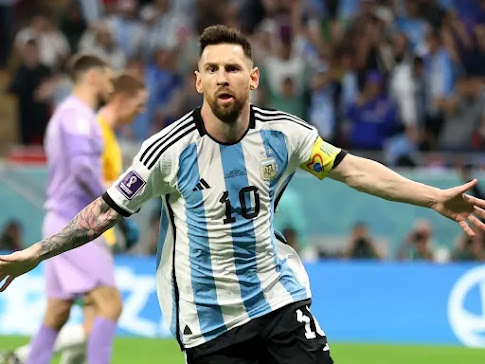 Argentina captain, Lionel Messi, has broken one of Brazil legend Pele’s World Cup records after his side’s quarter-final win over the Netherlands on Friday.

Messi led his team from the front as Argentina secured a semifinal berth with a 4-3 victory on penalties against the Netherlands after regulation time ended in a 2-2 draw in Qatar.

The Paris Saint-Germain forward assisted the opening goal for Nahuel Molina to become the player with the highest number of assists in the World Cup knockout stages, surpassing Pele in the process.

The former Barcelona captain overtook Pele’s four assists in the knockout stages, a record that has remained intact since 1966.

Messi’s assist on Friday night was his fifth in the World Cup’s knockout stages.

It was also his seventh overall assist in the five World Cup competitions he has had with the Argentina national team so far.

Messi, 35, will now hope to lead Argentina to victory when they face Croatia, who defeated Brazil, in the semifinal on Tuesday.