Qatar 2022: Ronaldo in tears as Morocco dump Portugal out of World Cup, set to retire 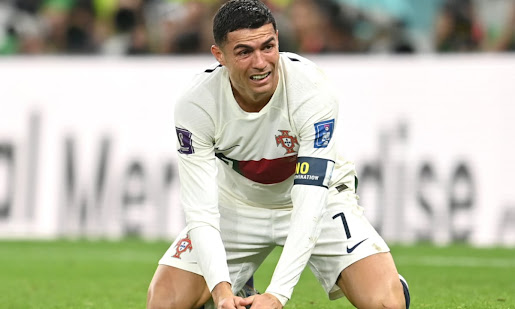 Portugal captain, Cristiano Ronaldo, left the pitch in tears as they were dumped out of the 2022 World Cup by Morocco.

Youssef En-Nesyri netted the only goal of the game as the Atlas Lions progressed into the semi-finals.

Ronaldo started the match on the bench, the second successive fixture Fernando Santos has left him out of the starting XI.

However, the 37-year-old was introduced early in the second half, as Portugal fought to level the scoreline.

But the former European champions failed to break the Moroccans’ resolve.

Ronaldo is now widely expected to retire from international football following what was his 196th appearance for his country.